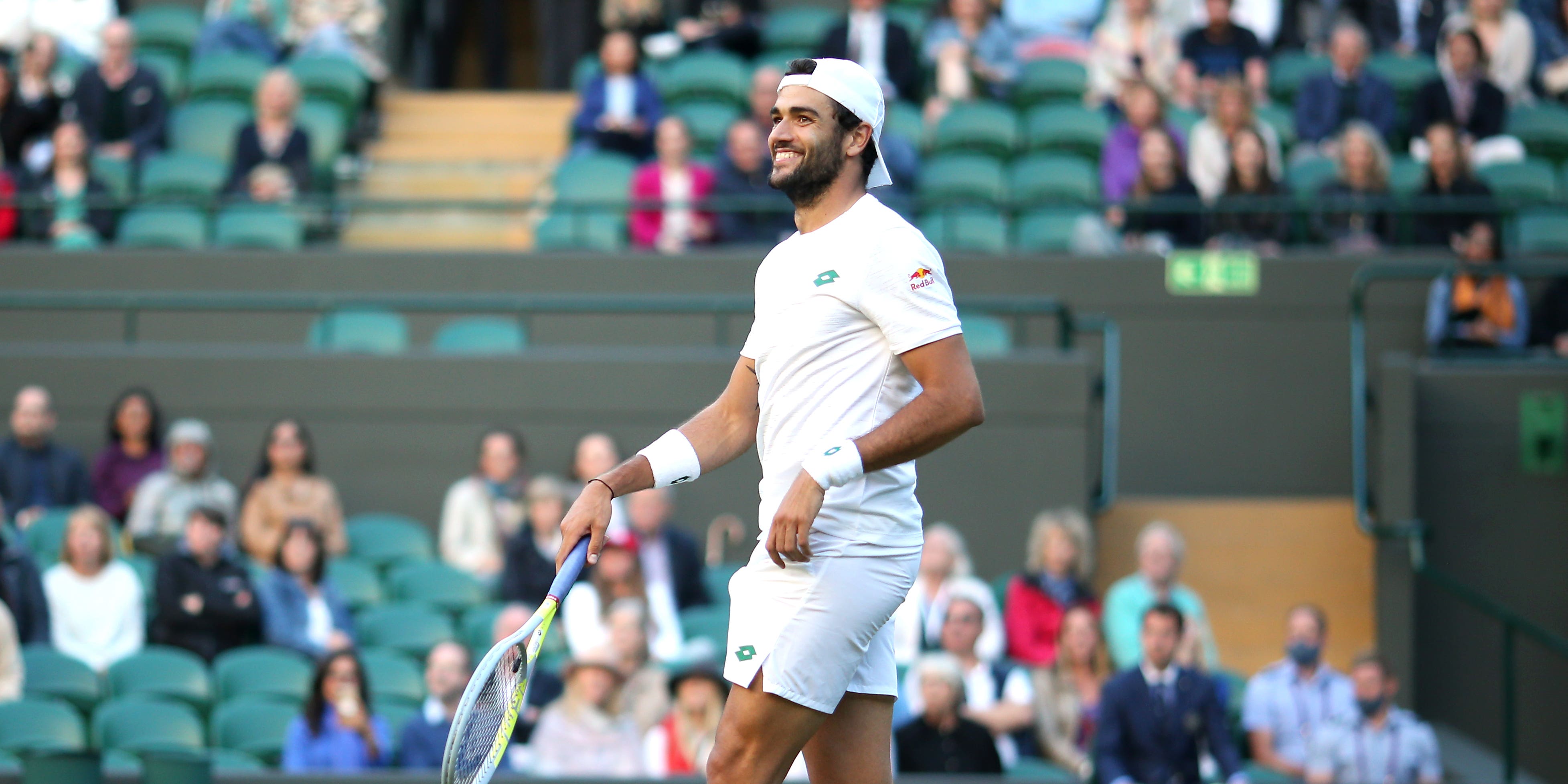 Matteo Berrettini is on course to make it a double Italian celebration on Sunday after reaching the semi-finals at Wimbledon.

While Italy’s football team have already booked their place in the Euro 2020 final at Wembley, Rome-born Berrettini is one match away from a place in the Centre Court showpiece 12 miles down the road.

The 25-year-old Fiorentina fan won his quarter-final shoot-out with Felix Auger-Aliassime 6-3 5-7 7-5 6-3 and will face Poland’s Hubert Hurkacz, the conqueror of Roger Federer, in the last four.

He said: “Everything is crazy right now. Thanks to Felix, I think we made a great match. He’s one of my best friends on the tour and it’s never easy to play him, but that’s sport.

“In Australia when we did quarantine we practiced together for two weeks so we know each other pretty well. Today was pretty tricky. But now I’m happy for me.

“Hubert is having a great season and beating Federer in three sets means he’s playing well – but I’m feeling confident.”

His huge serve, which regularly booms down at 135mph, quickly cranked into gear while 16th seed Auger-Aliassime started nervously and found himself a double-break down in the first set.

The Canadian pulled one back when Berrettini let three set points slip, only to falter in the very next game.

The duo exchanged breaks early in the second set but Auger-Aliassime grabbed the crucial one at 5-5 and served out with a pair of aces to level the match.

However, at 6-5 in the third it was the 20-year-old from Montreal who blinked first, seventh seed Berrettini unleashing his destructive forehand to go back in front.

The momentum was firmly with the higher-ranked player, who held and then broke for 2-0 when Auger-Aliassime dumped a volley into the net.

His victory was momentarily delayed by a net cord on match point but moments later he was celebrating a place in the last four.