Matteo Berrettini ‘p****d’ because he lost, but insists ‘I know that I can win the Wimbledon title’ 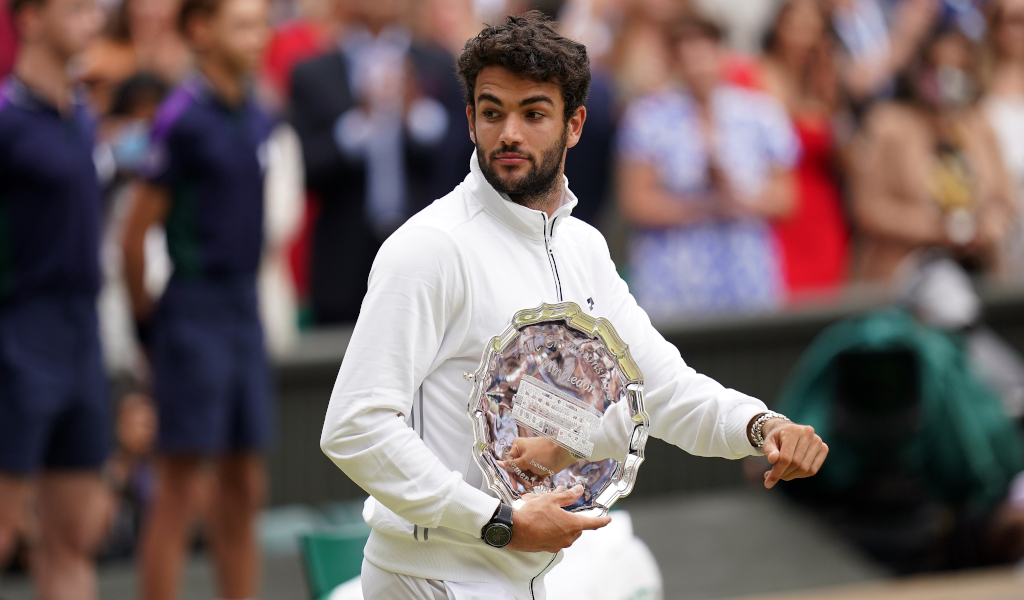 The final didn’t pan out the way he had hoped, but Matteo Berrettini still sees his glass as half full and is confident he can win the Wimbledon title one day.

Berrettini enjoyed two “unbelievable weeks” at SW19 as he played in his maiden Grand Slam final on Centre Court on Sunday.

The Italian, whose excellent run on grass started at the cinch Championship at Queen’s Club when he won the title, believes he has a recipe for future success at Wimbledon.

“It’s been like a month on grass really, really great. I won Queen’s. I didn’t expect to win there. I reached the finals here,” he said. “Like I said after I won the semis, didn’t even dream about this because it was even too much.

“Obviously now, like you said, I’m disappointed, I’m p****d because I lost, because I think I didn’t play my best match, but I have to say it’s thanks to Novak in a way that he brought me, made me play in this way. That’s his strength probably. That’s why he’s one of the best that ever did, you know?