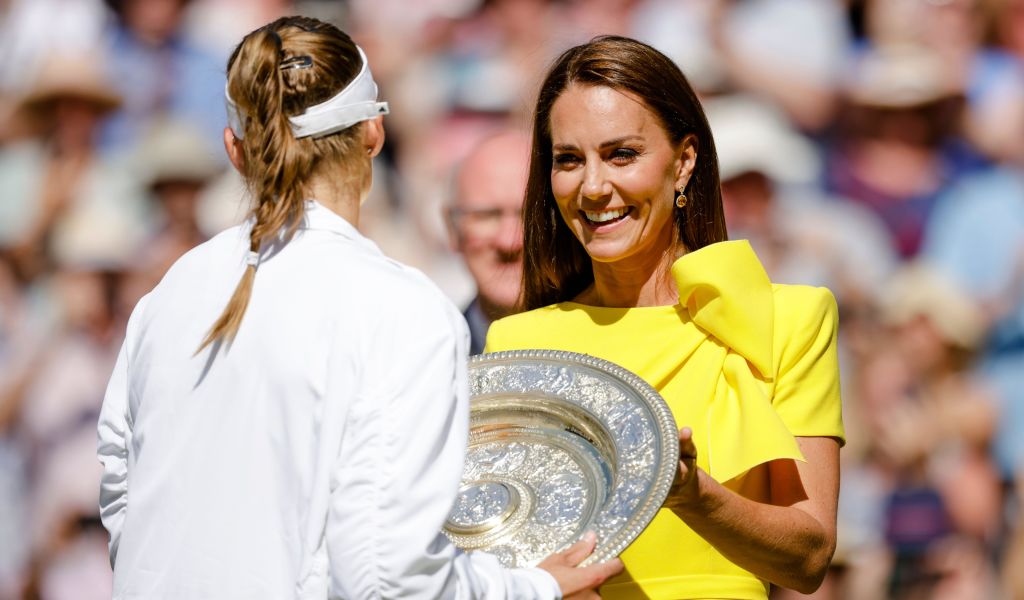 So in the end, a Russian-born player won Wimbledon.

After weeks of discussion and debate over the All England Club’s decision to exclude Russian and Belarusian players from this year’s Championships following Russia’s brutal invasion of Ukraine, a nightmare scenario unfolded for organisers on Saturday as Russian-born Elena Rybakina became Kazakhstan’s maiden grand slam champion after defeating Ons Jabeur to claim the Wimbledon title.

The Russian ban was the big talking point ahead of Wimbledon and it was no surprise to hear the always forthright John McEnroe jump straight into the debate as he declared Rybakina was a Russian playing under a Kazakhstan flag.

“I don’t mean to get into politics here but she is Russian, right? It is sort of strange because of this whole ordeal of not allowing the Russians to play,” declared Wimbledon legend John Enroe during the BBC’s coverage of the final.

He then muttered that he was being told to stop speaking and that was probably for the best given the divisive nature of the topic he stumbled upon.

When Wimbledon organisers decided to ban Russian and Belarusian athletes following the invasion of Ukraine, it was partly to avoid the propaganda opportunities should British royalty end up presenting a player from one of those two countries with the trophy.

So it was more than a little uncomfortable, therefore, that the Duchess of Cambridge did indeed give the Venus Rosewater Dish to a player born, raised and reportedly still a resident in Russia, but who switched to representing Kazakhstan for financial reasons four years ago.

Inevitably, Russian media have been celebrating Rybakina’s success and the outcome shows the difficulty of implementing such a policy in an individual and very international sport.

To add to the story, president of the Russian Tennis Federation (RTF) Shamil Tarpishchev has insisted that Elena Rybakina’s Wimbledon triumph is a victory for Russia as he declared: ““It’s very nice. Well done Rybakina. We have won the Wimbledon tournament.”

The turn of events led to inevitable questions in the post match press conference, with Rybakina involved in a political debate she was clearly keen to avoid.

“I appreciate you represent Kazakhstan. You obviously have Russian links. Is there a concern that Russia may try to politicize this particular win,” asked one reporter.

Rybakina responded: “I don’t know. For me, as I said in the previous interviews, I’m playing for Kazakhstan very, very long time. I represent on the biggest tournaments, Olympics, which was dream come true.

“I don’t know what’s going to happen. I mean, it’s always some news, but I cannot do anything about this.”

The issue escalated as Rybakina suggested she didn’t understand the question when she was asked to condemn Russia’s invasion of Ukraine.

“I didn’t understand the second part of the question,” declared the player who got emotional in the press conference when she was asked about her parents on Moscow.

“From my side I can only say that I’m representing Kazakhstan. I didn’t choose where I was born. People believed in me. Kazakhstan supported me so much. Even today I heard so much support. I saw the flags. So I don’t know how to answer these questions.”

It was hard to see a young lady who had just achieved the goal of a lifetime plunged into a political debate she clearly didn’t want to engage in, yet this story has served up the most unfathomable ending imaginable.

In a week when the WTA fined Wimbledon $250,000 and served up a $750,000 fine for LTA, the governing body of British tennis, for their joint decision to ban Russian and Belarusian players, the identity of the Ladies’ Singles champion at Wimbledon in 2022 is far from ideal.

As has been the case from the start of this story, there are no winners in the war in Ukraine and the noble effort from tennis to make a stand against the aggressors in Moscow can only be respected.

So for a Russian-born player to be the big winner in the end ensured it was not just exposure to the sun that ensured Wimbledon officials were left red face on the penultimate day of The Championships.