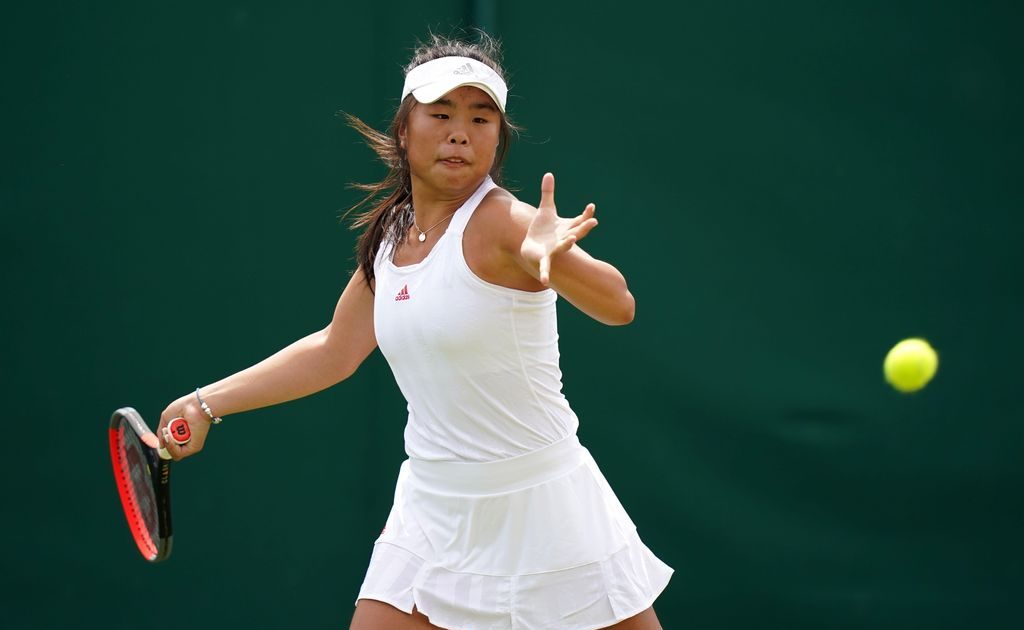 Mimi Xu was pleased with her performance as the LTA’s double Junior Nationals champion made her debut at Wimbledon qualifying.

Still only 14, the big-hitting youngster who trains at the LTA’s National Academy in Loughborough that is offering a pro-style training environment for aspiring professional players, was eventually beaten 6-4 6-3 by American Hanna Chang.

Those successes put the teenager in the media spotlight, but she was pleased with the way she coped with the pressure as she played her first match in a Grand Slam qualifier.

“It probably wasn’t my best tennis but it was a step in the right direction so I’m happy with that,” said Xu after the match.

“It was about embracing it. I really enjoyed it. There were always going to be a few nerves in the process leading up to it, but you have to accept that you are going to be nervous and find ways to conquer that.”

Xu is one of many promising players emerging from the LTA’s National Academy set-up at Loughborough, led by lead coach Nick Cavaday and his team who provide a professional training environment for players aged between 13 and 18, giving them the best chance to move onto the LTA’s Pro Scholarship Programme and push into the top 100 of the world rankings.

That ambition is still some way in the distance for Xu, who is combining her school work with tennis in Loughborough and she is hopeful this experience will serve her well as she looks to move her career forward.

She continued: “I take a lot from this experience. I’m so thankful for the opportunity I’ve been given. There is so much I can take from it and learn from it so that really helps for the future.

“I’ll learn from this and hopefully be able to put what I’ve learned here on the court next week and the week after.

“I’m so grateful for all the support I have been given in my career so far. The LTA have been fantastic to me and the set-up in Loughborough is amazing, so I have to take positives from this experience and move forward.”

Xu’s parents, Tony and Wendy, are both from China but met while studying at Swansea University, with her mum in attendance in Roehampton.

And while she had previously been asked to stay away from her daughter’s matches, that stance has softened.
She added: “My mum is here but I’m not sure if she watched. I used to not let her watch me but now I say: ‘if you want to watch me, you can, but you don’t have to’. She used to (get nervous), I think she’s a lot better now.”

Had she got through qualifying, Xu could have become the youngest British qualifier for Wimbledon in the Open era.

Yet after getting a taste of the Wimbledon experience, Xu will surely be back for more.