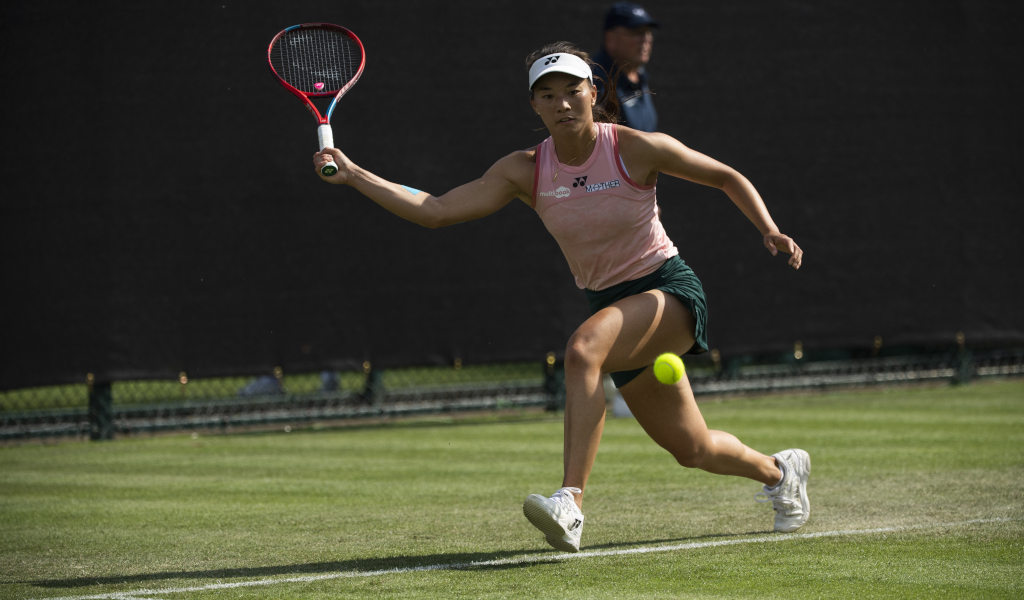 Miyazaki, who switched her allegiance from Japan to Great Britain in March, beat Pole Magdalena Frech in three sets to claim a maiden senior level win at the age of 26.

Doing well at these Wimbledon warm-ups can get players noticed, as Emma Raducanu found out last year, when a decent run at Nottingham saw her awarded a direct entry into SW19 and the rest is history.

Miyazaki, who now plays Brazilian Beatriz Haddad Maia in the second round, is prepared to do it the hard way if she is not afforded the same favour.

“I have really enjoyed my grass court season, this is my first one so I am just enjoying every match I get.

“It would be amazing if I could play in the main draw at Wimbledon. But I am already in the qualifying draw so if I have to, I will qualify.

“I have never played there, I played in the juniors but that was a long time ago. If I have to play at Roehampton (in qualifying), I am definitely ready and I will try to do my best and qualify.”

Miyazaki’s route into tennis is not the usual one as she instead came through the college system in America, where she gained a degree in maths and a masters in IT management.

Having been born in Tokyo, she grew up in Switzerland before moving to London aged 10 and the UK is where she calls home.

She added: “The UK has been my home for a really long time, I feel like I am assimilated with life in the UK, I train here, I have done since I was 10 years old. My family moved here when I was really young. I felt it was best for my career as well.

“I don’t think I am catching up on time. When I was 18 I wasn’t ready to go on tour because I was right small and not as strong as the other girls, but I felt four years in college really helped me. I am just happy to be playing on the tour now.

“There are a lot of players who have come through and maybe we lack that experience so maybe we play freer because we do have back-up options.”

There was no such success for fellow Brits Sonay Kartal or Eden Silva.

Kartal was beaten 6-4 6-3 by former Wimbledon semi-finalist Camila Giorgi, while Silva went down 6-4 6-4 to Rebecca Marino.