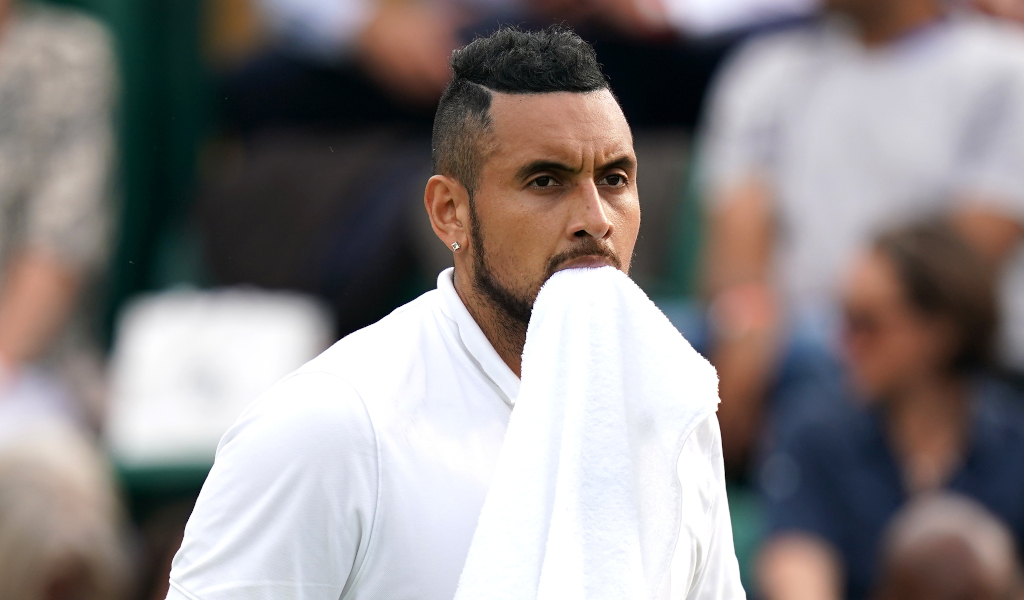 Nick Kyrgios believes when he is on form he has what it takes to “beat anyone” at Wimbledon this year, saying “I’m able to just light it up whenever I want”.

Having dropped to outside the top 100 at the start of the year, Kyrgios has climbed his way back into the top 50 after some impressive runs, reaching the semi-finals in Stuttgart, Halle and Houston.

The Australian has also claimed wins over several big names as he has beaten the likes of Stefanos Tsitsipas, Andrey Rublev and Casper Ruud in 2022.

Many believe Kyrgios, whose best run at Wimbledon is a quarter-final appearance in 2016, could do some serious damage and the 27-year-old himself is also confident he can take out top players.

“I’ve played top-10 players in the world this year and made them look pretty ordinary,” the world No 40, who will play Great Britain’s Paul Jubb on Tuesday, said.

“I know where my game’s at. I know if I’m feeling confident, I’m playing well, I’m able to just light it up kind of whenever I want.

“I know if I’m serving well and I’m playing well, I can beat anyone. I have pretty much beaten everyone in the draw before.”

On often being criticised for not fulfilling his potential he added: “It’s hard. It’s like not many people have gotten over the hump of winning a Slam. I’m one of the people that has to deal with that every week. Like, ‘Oh, he’s probably one of the biggest wastes of talent. He should be winning a Slam.’

“Not many people have actually gotten over that hump in singles. It’s obviously something I want to get over, and hopefully one day.”

Russian and Belarusian players are absent from this year’s grass-court Grand Slam following the All England Tennis Club’s decision to ban them after Russia’s invasion of the Ukraine.

It means the likes of world No 1 and reigning US Open champion Daniil Medvedev as well as Rublev and Karen Khachanov are not playing.

“My honest opinion, I don’t think it was a good idea to ban the Russian players to play,” Kyrgios said.

“As a competitor and someone that wants to go up against them, I’m disappointed they’re not here. It’s weird not seeing Medvedev here. We all know what he’s capable of.

“It’s done now. I’m sure that they’re going to be tuning in and watching, wishing they were here. They wanted to play.”