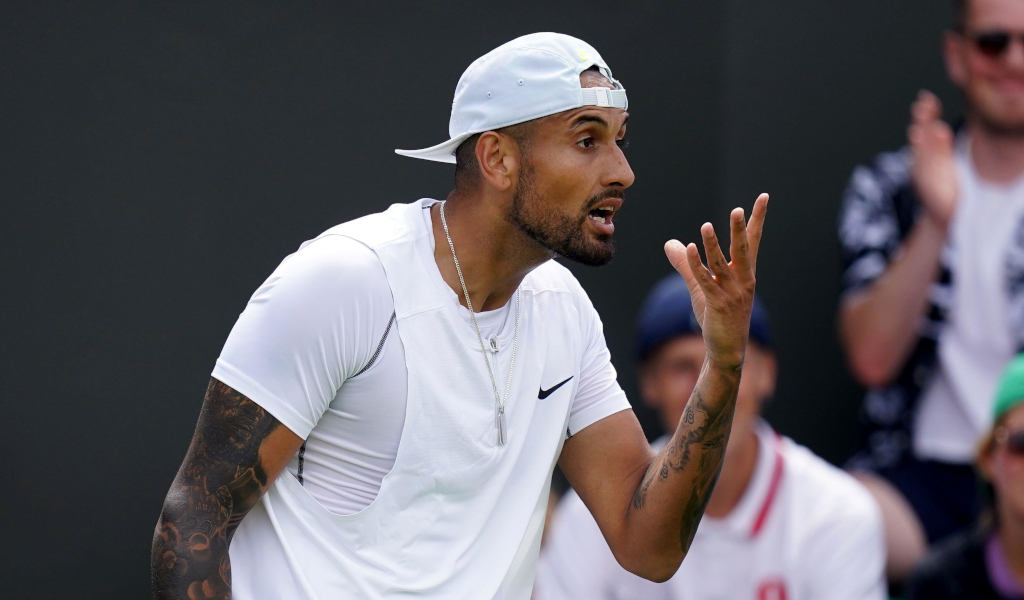 Nick Kyrgios was made to work hard for a five-set victory over Paul Jubb in the first round at Wimbledon on Tuesday but certainly gave the crowd their money’s worth.

Those expecting fireworks from the Australian weren’t disappointed either, as he delivered two outbursts.

First, he took exception to a line judge making an intervention early in the opening set.

“Has one person today come to see her speak?” Kyrgios asked the chair umpire loudly.

“No. I understand, but why is she doing that? Not one person in the stadium has come here to watch her do anything! Not one person.

“Like, you know what I mean? You got fans, but she has got none.

“What did I do? Like, come on. I know, but what? She just selfishly walks to you in the middle of a game because she’s a snitch!”

Kyrgios then took exception to his treatment at the hands of the Court 3 crowd.

“You have to tell them, though,” he said at a changeover. “They have to be respectful. They are spectators who pay money to watch us play. They should be removed.

“Like, I don’t go up to them in their nine-to-five or get up in their face when they’re scanning s*** in the supermarket, do I?

“‘Oh, booo! Yeah, now everything thinks you’re s***!’ Do I say that? They have no right to do that. Why does it keep happening?