There was the spring in the step of Nick Kyrgios as he left the scene of his epic Wimbledon battle with Rafael Nadal, even though he finished second in a two-horse race that was gripping from first point to last.

Kyrgios lost a titanic battle in what felt like a pay-per-view event on the hallowed turf of Centre Court, but the bad boy who has gone out of his way to test the boundaries of what is acceptable behaviour on a tennis court proved he can be a sportsman worthy of respect.

If the brash Aussie wants to draft a blueprint of how he should play on the biggest stages in the sport, he should constantly refer to his display on American Independence Day 2019 against one of the greatest players of all-time.

Focused and concentrated for the majority of the match, Kyrgios still injected the occasional flash of cheekiness that ensured he still entertained a traditionally reserved Wimbledon audience, who remained on the side of the Aussie despite throwing in a few underarm serves and some inexplicable moments of madness that had the Kyrgios trademark stamped all over them.

The final analysis confirms that a couple of wayward Kyrgios shots in the third and fourth set tie-breaks swung the game in Nadal’s favour, yet that does not dilute the reality that this maverick of the court played like a player ranked in the world’s top five for more than three hours, with Nadal’s 6-3, 3-6, 7-6, 7-6 win coming amid the best match of the tournament so far by some distance.

Both players left the greatest stage in tennis to a rousing ovation and this is what tennis could be like for Kyrgios, rather than the desperate experience it often appears to be when he plays lesser opponents on a smaller stage and yet he needs to play like this every week to justify his presence on the biggest courts in the game.

Yet as he summed up his mood after his battling performance, Kyrgios made some honest confessions that suggests he doesn’t believe he will ever reach the heights he should given his remarkable talents. 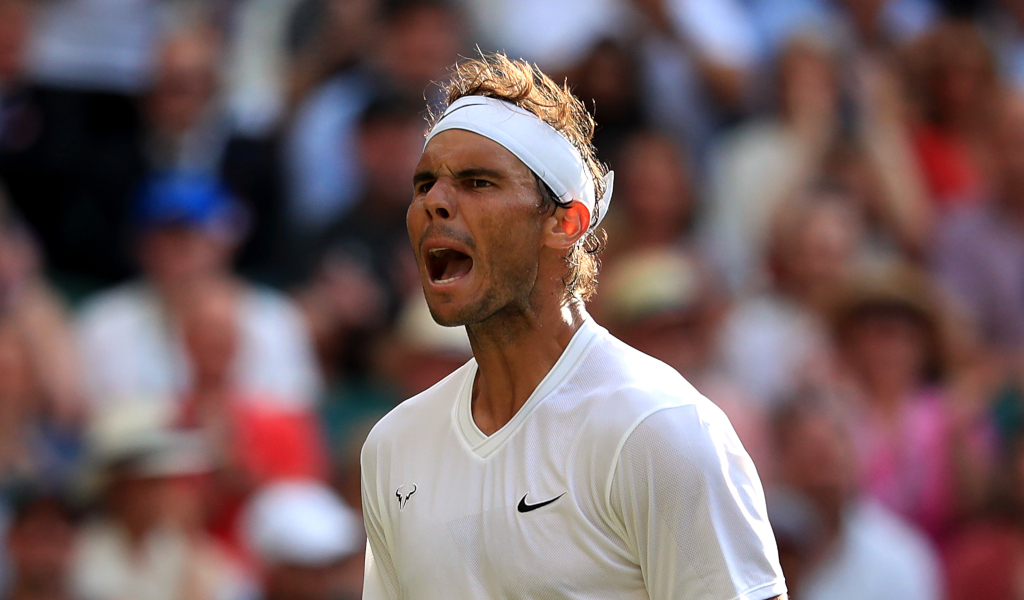 “I know what I’m capable of,” he declared. “I’m a great tennis player, but I don’t do the other stuff. I’m not the most professional guy. I won’t train day in, day out. I won’t show up every day.

“I’ve had a lot of fun today, but I lost. I know that I’m capable. I know that I can bring a level. I haven’t put in enough hours. I probably haven’t trained enough. I don’t have a coach. I haven’t been doing enough gym.

“I’m still going out there today and able to bring a level that can compete with one of the world’s best and have chances to the win the match.

“I’m very confident when I’m on the court, yeah. Maybe there are a couple things I could do better. Yeah, I like the way I do things. At the end of the day, it’s tennis, man. Is it really that important? I mean, everyone here, obviously, yeah. For me it’s not so important.

“So there’s a lot of things I need to improve on to get to that level that Rafa brings, Novak, Roger have been doing for so long. Just depends how bad I want it, but, no, at the moment I don’t think I can contend for a Grand Slam.”

Like so many of sport’s most naturally gifted performers, his talents have been bestowed alongside a wild streak that he finds impossible to control.

So while we can all get excited about this Kyrgios performance and believe it is a breakthrough moment in a turbulent career, history tells us nothing is predictable with this captivating headline maker.