Nick Kyrgios’ mother on her son’s Wimbledon journey: ‘He is finally appreciating where he is’ 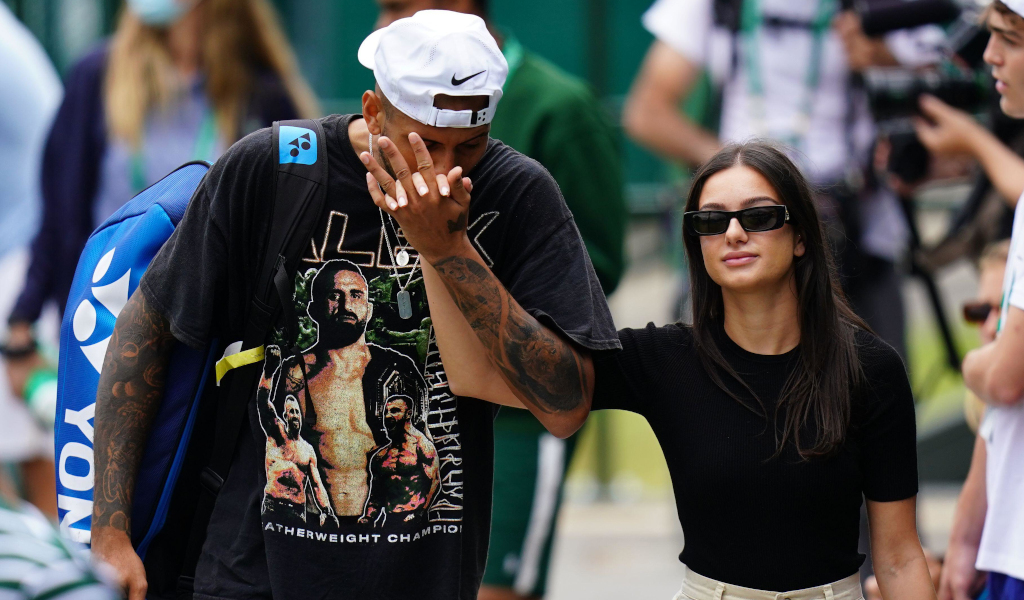 Nick Kyrgios’ mother Norlaila has given insight into her son’s rise the past few months, saying he is starting to enjoy the finer things in life with his girlfriend Costeen Hatzi by his side.

The controversial Kyrgios will play in the biggest game of his career on Sunday after he received a walkover into the Wimbledon final following Rafael Nadal’s withdrawal from their semi-final clash due to injury.

The 27-year-old will take on either defending champion Novak Djokovic or Cameron Norrie in his maiden Grand Slam final.

Kyrgios himself revealed after his quarter-final win over Cristian Garin on Wednesday that he thought he missed the boat when it comes to majors.

“There was a point where I was almost done with the sport. I thought my ship had sailed,” he said and just over 24 hours later and he found himself in the Wimbledon final.

The Australian will be the first to admit that he has not always been committed when it comes to tennis – or enjoying life away from court – as he often preferred to spend hours in playing video and online games.

But he has spend a lot of time sightseeing alongside Hatzi and in the process it has seen him produce some of his best tennis.

In an interview with Australia’s Sydney Morning Herald, his mother Norlaila – known as Nill – explained how he has turned things around.

“He’s finally appreciating where he is, that’s the best thing about all this,” she said.

“Beforehand it was so hard for us to get him to do anything. He was happy to sit in his room and play video games all the time. His shoulder would hurt him from how much he would play.

“In Beijing we wanted him to walk the Great Wall of China with us. Who wouldn’t, right? But Nick wouldn’t go. He was happy to sit in his room and order in, that’s what worried me.”

Kyrgios started dating Hatzi in late 2021 and they have not been shy to detail every account of their relationship on social media.

His mother added: “I remember in Canada we said, ‘Let’s go to Niagara Falls’. He wouldn’t even go there. Nick wouldn’t want to do those things. Wow, there’s such a difference now.

“I see it on his (Instagram) stories. Since the Australian Open this year (in January), he has started doing some things.

“Because he now understands that life doesn’t revolve around tennis. No one expects him to be like that. You have to enjoy your life. I’m really happy he is now.”