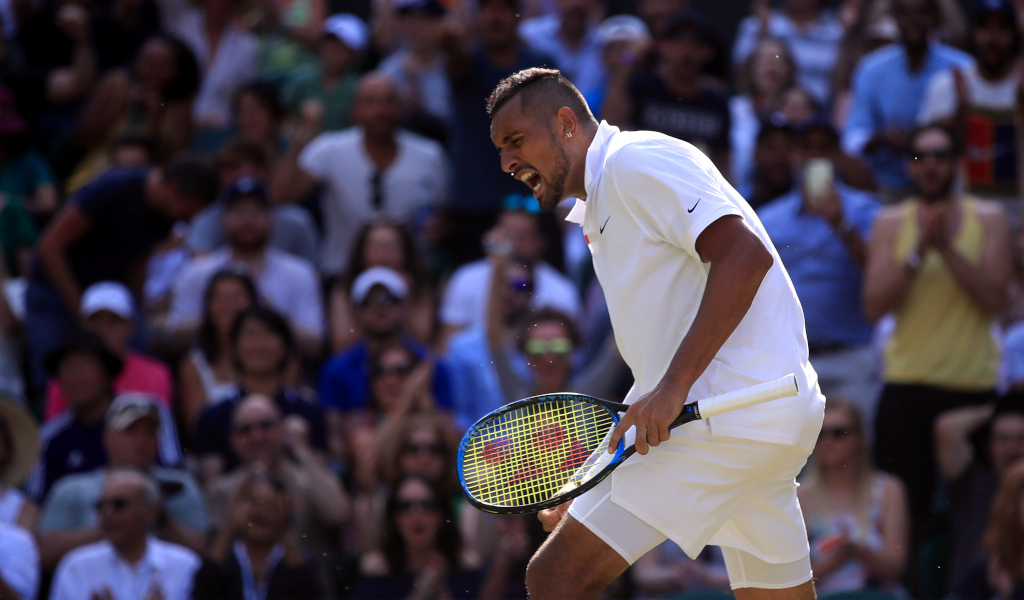 It was another mixed bag from Nick Kyrgios as he sent down a record-breaking serve, but also produced his usual antics during his Wimbledon clash against Rafael Nadal.

It was the fastest-ever serve at the All England Club and the second-fastest second serve in ATP history with only Ivo Karlovic’s 144mph effort from 2007 faster.

And just moments later Kyrgios delivered what has now become one of his trademark shots: an underarm serve.

However, the Australian was also sent down some verbals during the early stages of the match as he was unimpressed by Nadal taking a comfort break at the end of the first set and had a full go at the umpire.

“Wow, you’ve got so much power up there,” Kyrgios told chair umpire Damien Dumusois. “Look at you! Look at you!

“You’re no-one. You think you’re important. You have no idea what’s going on. You’re a disgrace.”

It was too long before he exploded again as he was unhappy with Nadal taking too long between points.

“He is controlling the tempo. Why should I wait? It’s pathetic.

“It’s stupid. Nah don’t talk to me. You’re so biased. These dudes take 40 seconds between every serve.