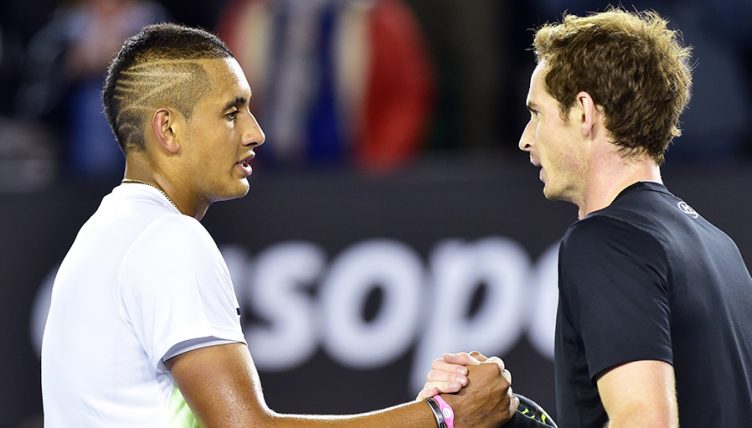 Nick Kyrgios has ruled out any possibility of playing doubles with Andy Murray at Wimbledon this year, but admits he’s excited to see his friend back on a tennis court.

The pair have a good relationship, and have recently spent some time training together.

Murray is making his return at Queen’s this week, where he is partnering Feliciano Lopez in the doubles.

However, Kyrgios says that, despite discussing it, he will not be joining Murray at Wimbledon due to concerns over his own fitness.

“It’s just good to see him back but I don’t think I want to carry him for Wimbledon dubs – I think he can find someone else to do that for him,” Kyrgios joked.

“When I hit with him in Wimbledon a couple of weeks ago we spoke about it. But it’s best-of-five sets, which is tough.

“I don’t know if my body… if I happen to go deep at Wimbledon, it’s too tough to play doubles as well.

“He’s still hitting the ball unbelievable. I think he’s well good enough to do damage in any doubles, especially this week with Feliciano.”