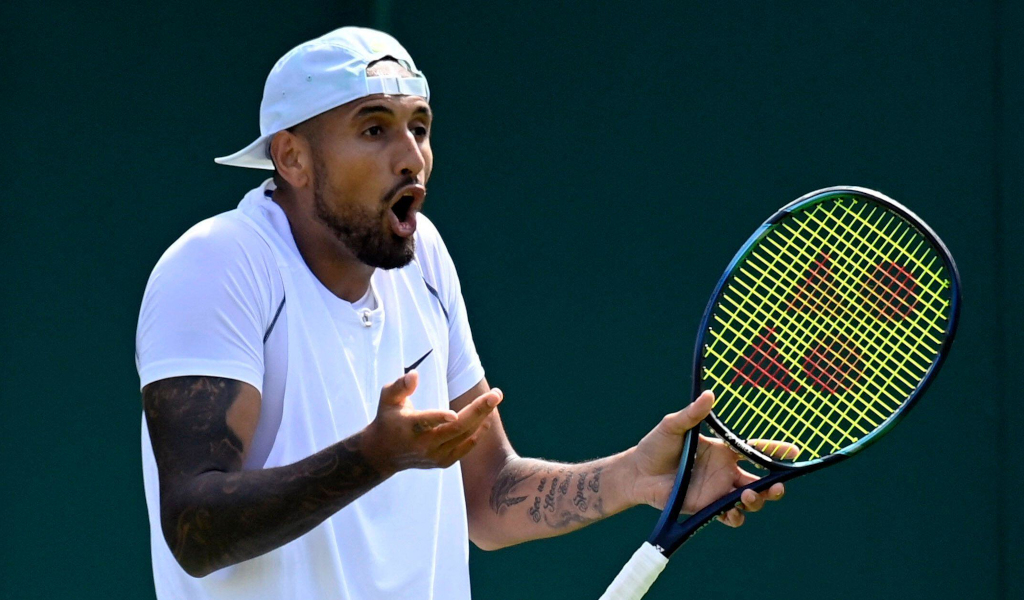 The former coach of Nick Kyrgios has declared that if the Wimbledon finalist wasn’t uncoachable before he certainly is now.

Eagle believes that the only person who can help Kyrgios improve is himself.

Speaking from his experience, Eagle said that Kyrgios could be immensely frustrating to work with.

“Every day is a different day with Nick,” Eagle said in a conversation with Eurosport.

“You never know what you’re going to get.

“There’s sheer brilliance, and then absolute disappointment at other times, but that’s why people come to watch him because he’s a box of chocolates… you never know what you’re going to get.

“It’s very challenging, but I’m just pleased to see him playing at his full potential because we all know that he’s one of the great talents that the game has really ever seen.

“I don’t think anyone can [read Nick’s mind]. He marches to the beat of his own drum. It depends on how he feels on the day. At this time at Wimbledon, he seems more purposeful in what he’s doing.”

Eagle observed that Kyrgios is in the best shape of his life and looks to have set out his stall to win Wimbledon.

He believes that Sunday’s final will give Kyrgios a chance to win over Australian fans in particular, especially if he displays the traits the country typically admires in its sportspeople.

“He’s fitter, moving better, hitting the ball really well. He didn’t play on the clay so he’s tried to target the grass. Wimbledon is the Slam that he believes he can probably win.

“People either love or hate [his antics]. Tennis purists probably don’t like it, and the young generation absolutely love it. For me, sometimes it’s way over the top and I wish that he would just get on and play because I’ve worked with him one on one.

“I’ve seen the talent, I know what he’s capable of. I would love to see him fulfil that talent. I think he could have won three, four, five Slams by now, that’s how talented he is. If he could drop the antics a little bit and focus on what he does well – playing tennis – he can win these titles.

“I admire his skill level. People understand his tennis IQ: he can break down an opponent very quickly. We’ve seen him do that [here]. His tennis IQ is something that he doesn’t get credit for. His skill level is extraordinary.

“He’s always wanted to play on the big courts and he really believes that’s where he belongs. He’s got the best serve in the game, as far as I’m concerned.

“He’s a polarising character [to Australians]. Half of the country would be cheering for him, the other half would be switching off. It’s a big story, and if he can channel what he’s doing, and win… then the fans might begin to like him a bit more.”