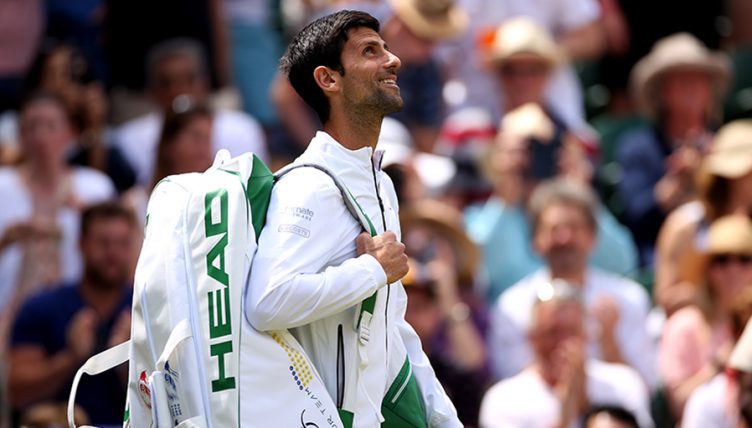 Novak Djokovic has made a powerful start to his Wimbledon defence, brushing aside Philipp Kohlschreiber in straight sets.

The world number one won his fourth crown at SW19 last year, and is one of the favourites again alongside usual rivals Rafael Nadal and Roger Federer.

And he couldn’t have made a stronger start, as he was far too good for German Kohlschreiber, eventually taking the match 6-3, 7-5, 6-3.

Djokovic, chasing a 16th career major, will faces Denis Kudla of the United States for a place in the last 32.

No grass court preparations, no problem 🌱@DjokerNole defeats Philipp Kohlschreiber 6-3, 7-5, 6-3 to progress to the second round at #Wimbledon pic.twitter.com/lLJKnIkits

He will be joined in the second round by Stan Wawrinka, who was typically efficient in his 6-3, 6-2, 6-2 win over Belgian qualifier Ruben Bemelmans.

Wawrinka needs Wimbledon to claim a career slam after already winning the US Open, the Australian Open, and the French Open, and will face American Reilly Opelka next.