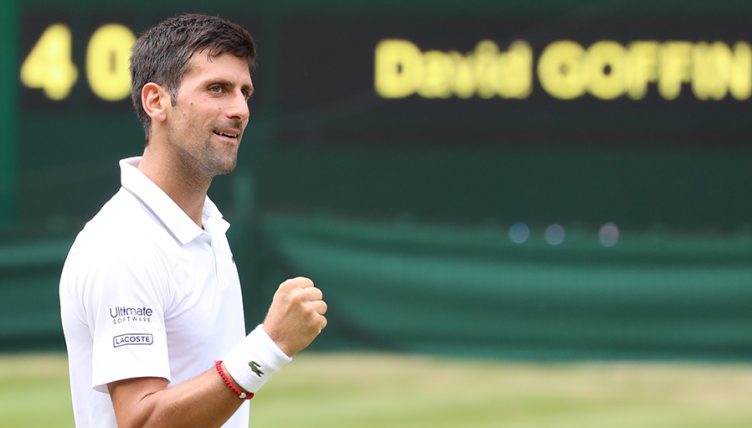 World number one and top seed Novak Djokovic is into his ninth Wimbledon semi-final after surviving an early scare to overcome David Goffin.

The Serb actually conceded the first break of the match, but it all went his way from there, as he immediately won a succession of games to take the first set and win the second to love.

With that Goffin’s spirit was clearly broken, and Djokovic was able to ease himself into the last four.

“He started well,” Djokovic told BBC television. “He was dictating the play from the baseline.

“Things could have gone a different way – who knows what the match would have looked like if I had lost the first set – but I was very pleased with the second and third,” Djokovic told BBC Sport after his 6-4, 6-0, 6-2 win.

“I had a tough match in the third round. Other than that, I’ve won in straight sets and played really well throughout the tournament.

“It’s exactly what I wanted and hopefully I can go in the right direction in the semis as well.”