Novak Djokovic delighted to ‘rise like a phoenix and evolve’ 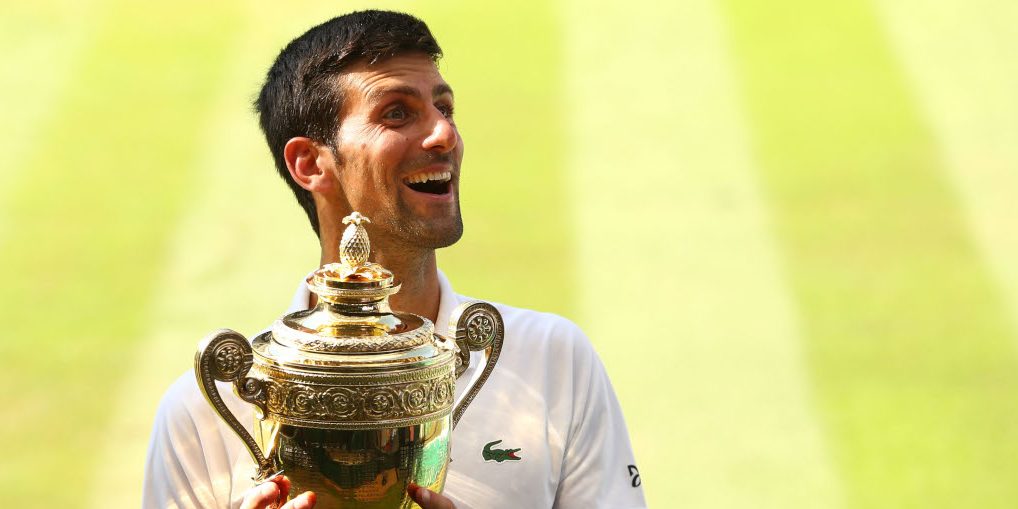 There were several “moments of doubt and disappointment and frustration, anger”, but Novak Djokovic came out on the other side.

The Serb won his fourth Wimbledon trophy on Sunday with a straight-set victory over Kevin Anderson to take his Grand Slam tally to 13.

It has been an incredible journey for the Serb as he struggled with form at the start of the year having undergone elbow surgery after the Australian Open.

“I did not expect to be back in the top shape already here in Wimbledon so quickly. If you asked me after Roland Garros, I would probably maybe doubt that,” he said.

“At the same time, there is a part of me that always believes in my own abilities, believes in my own quality of tennis, what I possess. Whenever I come to the tournament and, Grand Slams especially, I believe I can have a good opportunity to fight for the trophy.”

Sunday’s Wimbledon triumph was his first major since he completed a Career Grand Slam win victory at the French Open in 2016.

And he is the first to admit that it was a frustrating journey, but worthwhile in the end.

“There were several moments where I was frustrated and questioning whether I can get back on desired level or not. But that makes this whole journey even more special for me,” he said.

“It’s easy to talk now and look back at it and be kind of grateful, but I really am grateful to go through these mixed emotions, turbulences as well mentally, moments of doubt and disappointment and frustration, anger…

“It’s usually in a struggle that you get to know yourself, you get to have an opportunity to rise like a phoenix and evolve and get better.”

After struggling to reach the semi-finals of the first three Slams of 2017, he was forced to miss the US Open at the end of that year due to an elbow problem.

Although he returned for the 2018 Australian Open, he was not fully fit and decided to undergo a small procedure after the tournament.

He then returned for the Indian Wells Masters, but was woefully out of shape.

“I learned how to be patient in this process. Going back to February when I had the surgery of the elbow, I was really impatient,” he said.

“I wanted to come back and compete as quickly as possible. I wanted to get out on the court. I just kept going even though everyone was against me competing at that stage.