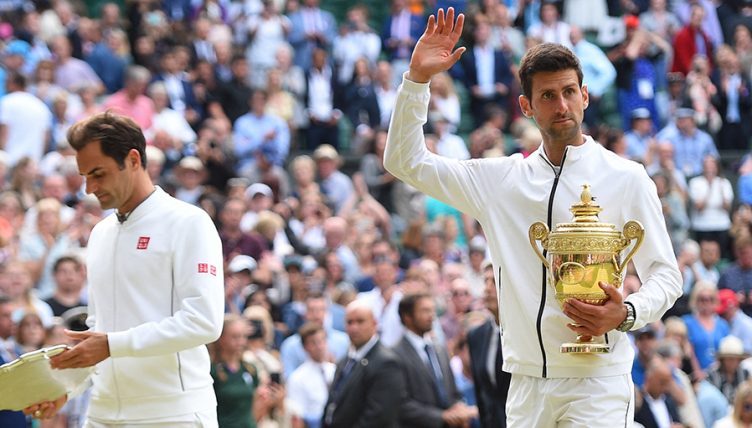 Novak Djokovic says that his 2019 Wimbledon final against Roger Federer was the ‘most demanding’ of his entire career.

The Serb eventually got the better of Federer at SW19 after nearly five hours of sensational tennis, with it eventually needing a tiebreak at 12-12 in the final set to decide it.

Both players took a long break after that match, making their returns this week after four weeks at the Cincinnati Masters, and Djokovic certainly believes the extended rest was perfectly justifiable.

“That was one of the most epic matches I’ve been a part of and probably the most demanding one from the mental perspective,” Djokovic said.

How do you sum up a final like that? 🤯@IBM take a deeper look into how @DjokerNole won his fifth title in a #Wimbledon epic… pic.twitter.com/tmkYtv0oca

“So it really did take me some time to recharge my batteries, especially in my head. My body was fine.”

Both players got off to winning starts in Cincinnati, with Djokovic beating Sam Querrey and Federer overcoming Juan Ignacio Londero.