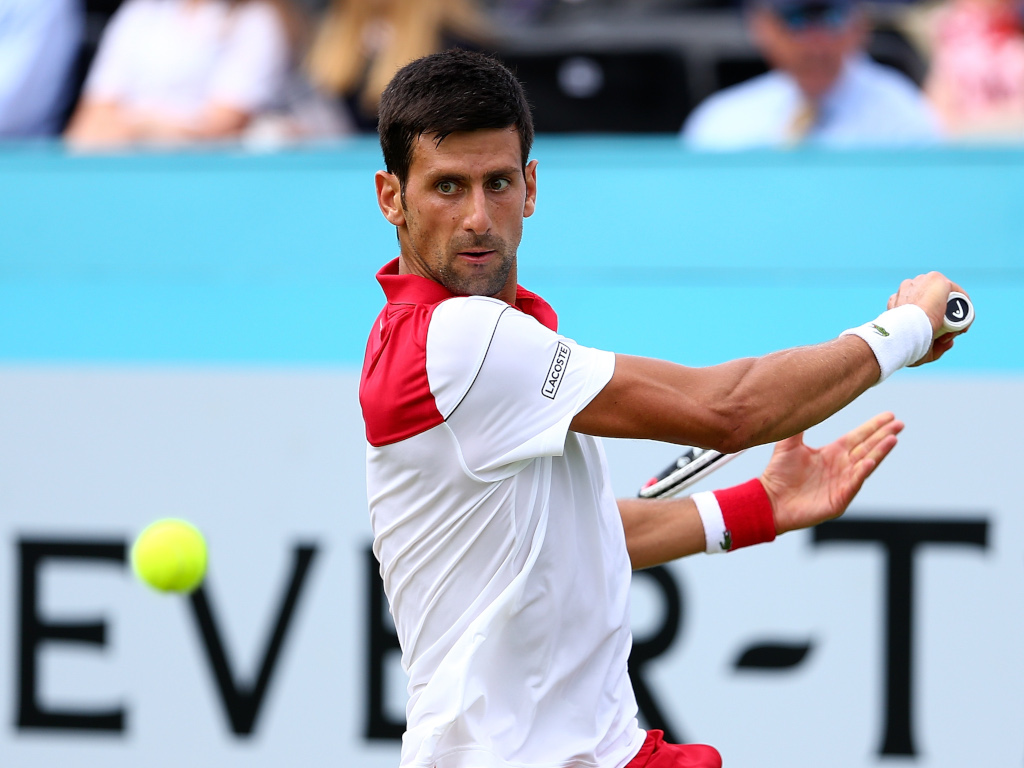 Novak Djokovic is not getting “too ahead” of himself as he doesn’t believe he is one of the favourites to win Wimbledon.

The 12-time Grand Slam winner is finding form ahead of this year’s tournament at the All England Club as he reached the quarter-final of the Queen’s Club Championship with a 6-4, 6-1 victory over Grigor Dimitrov.

Naturally people are starting to put him down as one of the players who can challenge for the title at SW19 this year, but the three-time Wimbledon champion played down his chances.

“Let’s not get, you know, too ahead of ourselves too early,” he is quoted as saying by Metro Sport. “I mean, I had two great matches so far, and I’ll just keep my focus here. I’m definitely not one of the favourites in Wimbledon, so I’ll just try to keep it humble.”

When asked who he thinks is the favourite he replied: “I mean, Roger [Federer] is a clear favourite, without a doubt. [Rafael] Nadal maybe hasn’t played that well in Wimbledon last couple of years up to his standards, but he’s won it several times, played finals several times. He’s definitely rightly one of the candidates to win the title.”

As for the other challengers, he added: “Andy [Murray] and myself, you know, if we play well. Obviously we dropped in the rankings, but Andy played really well against Nick [Kyrgios] here first round.

“He has home support and, you know, a lot of things can go in a right direction for him as long as he’s healthy. So, I mean, he’s always tough to play against on grass courts, especially in Wimbledon.

“Dimitrov, obviously if he plays on a high level, he can really beat anybody this surface. I mean, guys like that, [Sam] Querrey, [Marin] Cilic. Of course Cilic, you know. So it’s quite open.”