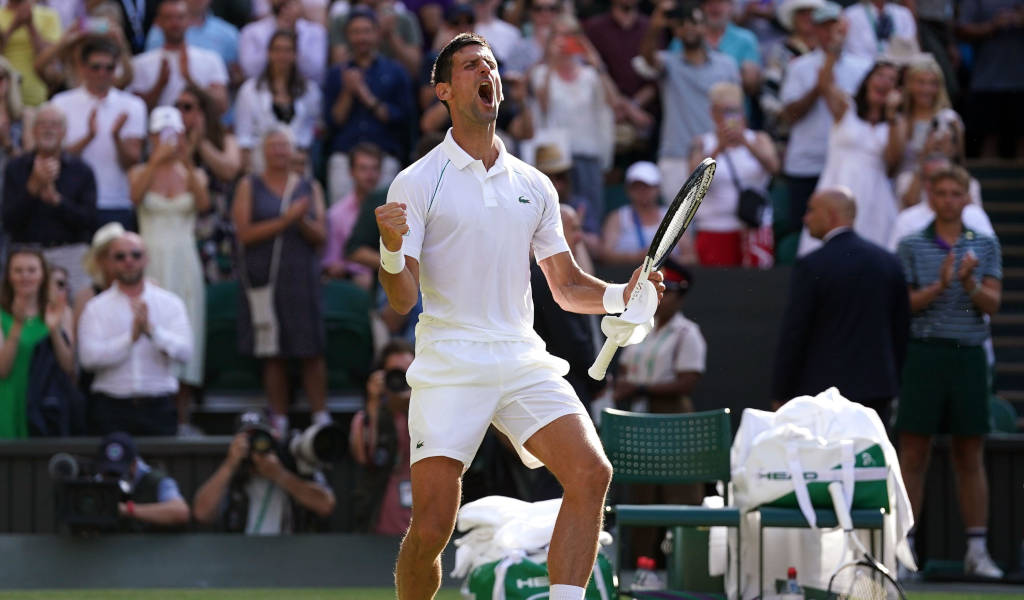 Cameron Norrie gave Centre Court cause to dream before his brilliant Wimbledon run came to an end with a semi-final loss to defending champion Novak Djokovic.

The British number one, who had never previously been past the third round of a grand slam, had taken full advantage of a favourable draw to become just the fourth home player in the Open era to make the last four in the men’s singles here.

But trying to beat Djokovic, who has not lost a match at Wimbledon since 2017, was a completely different challenge and, although Norrie made a superb start, the top seed hit back emphatically to win 2-6 6-3 6-2 6-4.

The result sets up a mouth-watering final against Nick Kyrgios on Sunday.

In extending his run of successive grass-court victories to 27, six-time Wimbledon champion Djokovic becomes the first man to reach 32 grand slam finals, while he has only lost one of his last 19 slam semi-finals.

Norrie will undoubtedly be disappointed that he could not make a first slam final but the ninth seed has shown that he fully belongs with the world’s best and that he can have more chances in the future.

“I didn’t start off well. He was the better player for the first set. I have had many semi-finals at Grand Slams before, but it is never easy walking out onto court,” Djokovic said in his on-court interview.

“You have a lot of pressure and expectation from yourself and others. Cameron didn’t have much to lose, he is playing the tournament of his life. Playing at home is never easy, but I wish him all the best. He is a great player and I have a lot of respect for him.

“One thing for sure, there is going to be a lot of fireworks emotionally from both of us,” Djokovic added.

“It is going to be his first Grand Slam final.

“He is very excited and he doesn’t have much to lose and he is always playing like that.

“He is playing so freely, one of the biggest serves in the game.

“Just a big game overall, a lot of power in his shots.

“We haven’t played for some time.

“I have never won a set off him.

“Hopefully it can be different this time.

“It is another final here at Wimbledon at a tournament I love so much.

“Hopefully the experience can work in my favour.”