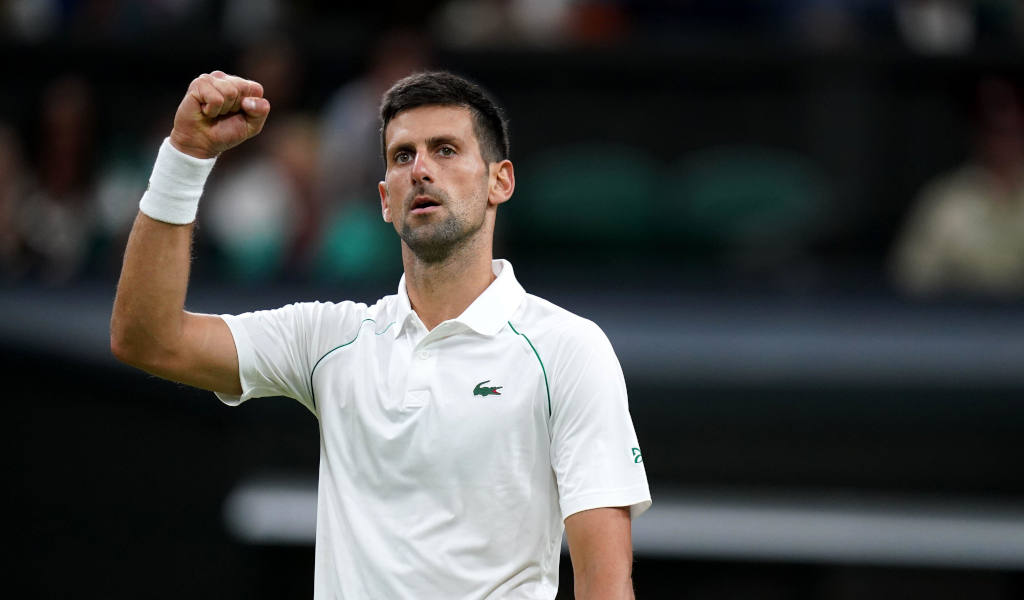 Novak Djokovic first stepped on to Centre Court at 13:45 and did not finish his fourth-round match against Tim van Rijthoven until almost 23:00 after what must go down as a Wimbledon scheduling miscalculation.

However, the decision to begin the ceremony at 13:30 in the afternoon meant Heather Watson’s match against Jule Niemeier did not start until 14:24.

By the time Jannik Sinner had beaten Carlos Alcaraz in four sets, Djokovic finally began his match at 20:00.

The 20-time grand slam champion was therefore in a hurry, but after racing through the first set Dutch dark horse Van Rijthoven took the second at 21:45.

Clearly the late finish was not ideal for the 35-year-old, as he pointedly thanked the crowd, and fellow six-time singles champion King, for seeing the match through.

“Under the roof it takes a bit of time to get used to the conditions, but I finished the match well.

Djokovic will face Sinner in the quarter-finals after the Italian won the battle of the youngsters against Alcaraz.

Belgium’s David Goffin won the longest match of the Championships so far, a four-hour 36-minute marathon against Frances Tiafoe.

Goffin also beat Tiafoe at the French Open last month and the American said with a smile: “The only thing I can say honestly right now is f*** David. He beat me two slams in a row. F*** that guy.”