Novak Djokovic in no rush to retire after latest Wimbledon win, saying ‘I want compete with the young guns’ 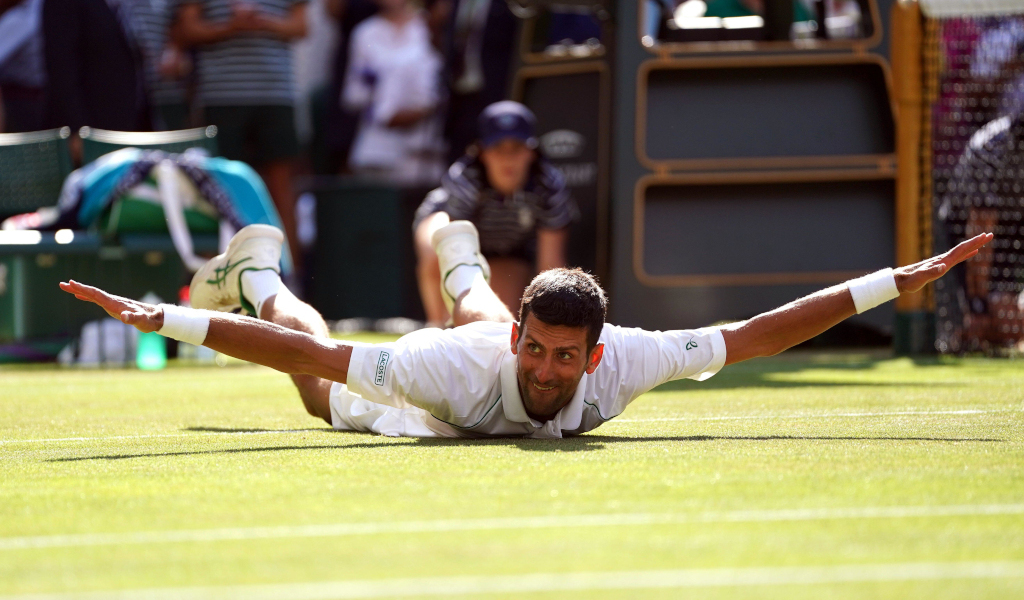 Novak Djokovic endured a difficult start to the 2022 campaign, but Wimbledon once again proved to be his happy place and he is confident that will be the springboard “to keep going at this level”.

The Serbian was unable to defend his Australian Open crown after he was deported from the country over his unvaccinated status and the events that unfolded Down Under certainly left a scar.

He only started his season at the Dubai Tennis Championships in February before returning for the clay-court season after being forced to miss the Indian Wells Open and Miami Open due to vaccination rules.
Djokovic finally got some matches under his belt and won the Italian Open before losing in the quarter-final of the French Open against Rafael Nadal.

However, that set him up for yet another glorious run at Wimbledon.

“Certainly this year has not been the same like last years. It has started the way it has started and it has affected me definitely in the first several months of the year. I was not feeling great generally. I mean, mentally, emotionally, I was not at a good place,” he said.

“I wanted to play, but at the same time when I went out on the court in Dubai, was the first tournament of the year, I just felt so much pressure and emotions happening. I wasn’t feeling myself on the court.

“I realised at that point that it’s going to take some time, that I have to be patient, and sooner or later I will get myself in the state, optimal state, where I would like to be.”

The 35-year-old won his seventh Wimbledon title on Sunday as he defeated first-time finalist Nick Kyrgios in four sets with the trophy taking him to 21 Grand Slams.

For Djokovic, playing at the All England Club is always something special so he was not surprised when everything clicked.

“Wimbledon historically has always come at such an important stages of my life and my career. When I say Wimbledon as a tournament, but me winning Wimbledon,” he added.

“Few times, I think it was in 2018 when I was starting the year with elbow surgery, trying to work my way back in the rankings, not playing well. This was the first slam that I won that served as a springboard for later US Open win, 2019 Australian Open.

“It’s not a coincidence that this place has such relevance in my life and career. It’s a relief, as well, considering what I’ve been through of course this year. It adds more value and more significance and more emotions, of course.”

So what about the future?

He continued: “I don’t feel I’m in a rush really anywhere to end my career in a year time or two year time or whatever it is. Just I’m not thinking about it. I want to keep my body healthy ’cause that’s obviously necessary in order to keep going at this level. Of course, keep myself mentally sane and motivated to compete with the young guns.”