Novak Djokovic hopes son Stefan follows in his footsteps, but ‘it’s too early to speak about it’ 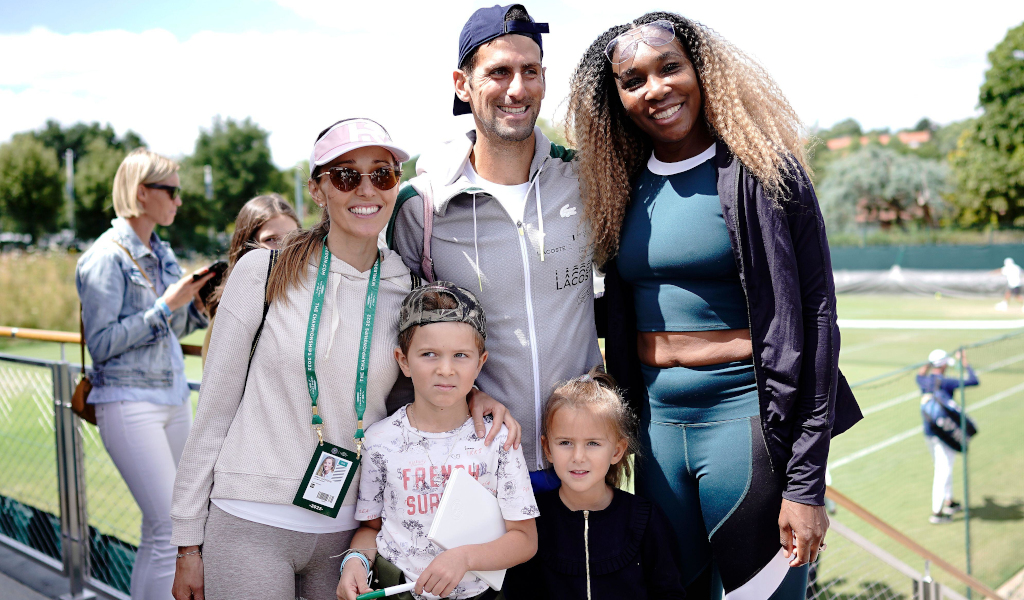 Novak Djokovic’s son Stefan is “fully immersed into tennis” and the Serbian will “support him in any possible way” to become a professional, but for now it is important that his son just enjoys life.

The Djokovic family celebrated a “sunshine double” in May as Novak won the Italian Open and Stefan won his first-ever tennis tournament.

Fast forward nearly two months and a picture of Stefan ripping a forehand like his father started circulating on social media and Djokovic senior replied with a caption: “So cool to see this”.

After beating Tim van Rijthoven in the Wimbledon fourth round on Sunday, the 20-time Grand Slam winner said: “I try to use every available opportunity … to play with him because he’s right now fully immersed into tennis.

“Everything around tennis, how he can play, he’s watching, he’s analysing. I will support him in any possible way I can so that he can be professional tennis player … if he really wants to.

“But it’s too early to speak about it, to be honest. He’s not even eight-years-old. It’s important for me that we have a relationship as a father and son … before anything else, and that he’s enjoying life.”

The defending Wimbledon champion added: “I feel like it’s very important to have, particularly at this young age, a lot of stimulus to the children from different perspectives and different sports and different movement, different activities.”