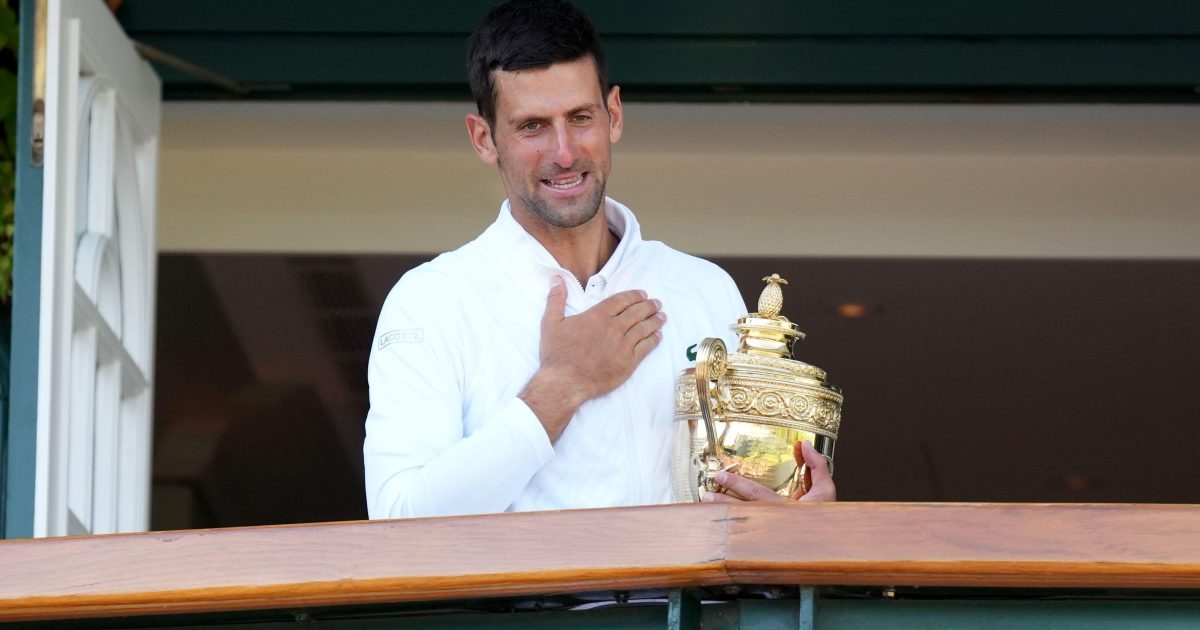 It’s time to end the debate around Novak Djokovic.

After he claimed a remarkable seventh Wimbledon title with a thrilling four-set win against Nick Kyrgios in a thrilling final on the Centre Court, we need to pull down the curtain on the endless discussion over his status in the history of tennis.

His latest triumph on the lawns of the All England Club came after a 4-6, 6-3, 6-4, 7-6 (7-3) win against his maverick rival Kyrgios, but this victory was not needed to cement his legacy.

Novak’s 21st major title means he is might one behind Rafael Nadal in the all-time race and his status as the greatest player of all-time can only be confirmed when those two have hung up their rackets, yet his contribution to our wonderful sport needs to be acknowledged and saluted here and now.

All too often, Djokovic’s brilliance on the court is diluted by critics who suggest he will never attract the popularity of his great rivals Roger Federer or Rafael Nadal, but does that really matter?

Defining who should be hailed as the greatest player is almost impossible, as loyalties to Federer, Nadal and even Rod Laver or Bjorn Borg will influence all opinions.

Yet this memorable Sunday under a Centre Court baked by the south-west London sunshine reminded us all that Djokovic is a champion whose records will stand the test of time.

The bizarre decision of the ATP to punish their own members by taking ranking points away from Wimbledon following the All England Club’s decision to ban Russian and Belarusian players following Russia’s invasion of Ukraine means Djokovic will drop to No 7 in the ATP Rankings after his latest triumph.

Yet that unnecessary stupidity highlights the reality that numbers are not the only factor that counts when assessing the greatness of a player.

Make no mistake, Djokovic is a solid gold tennis legend in every sense of the term and the class he showed in his on-court interview at Wimbledon should banish the notion that he is some kind of ‘bad boy’ of the sport.

After serving up a magnificent and relentless performance to see off a spirited performance from Kyrgios, Novak offered up a humorous and engaging interview that enchanted the Centre Court crowd.

Confirming his ‘bromance’ with former enemy Kyrgios was real, he went on to speak with a class befitting one of the greats of world sport.

Here was a winner offering up humour, class and the grace of a truly great champion, as he has done so often down the years in moments like this.

It may be that the respect and adulation he is due will only come in the final years of his career, but it doesn’t need to be like that, as this is a player and a tennis icon who deserves to be saluted for what he is here and now.

Being a star performer in the greatest era of tennis is more than enough to ensure that Djokovic, Nadal and Federer are respected as giants of the sport forever more.

So let’s abandon the idea that one of the three should be greatest with less reverence as we are lucky to have three of the greatest sportsmen of all time attached to our sport.