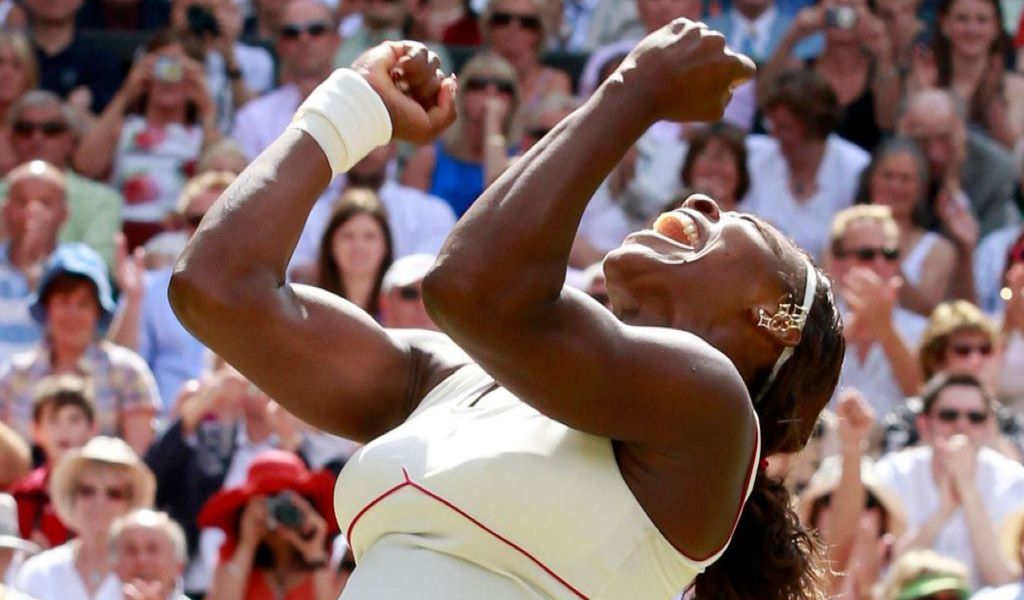 Serena Williams won her fourth Wimbledon title on this day in 2010 by beating Vera Zvonareva in just over an hour.

Williams’ victory took her past Billie Jean King to sixth in the all-time list of female grand slam singles champions.

Looking towards her fellow American in the royal box after her one-sided win, Williams said: “Hey Billie, I got you, it’s number 13 for me.

“It means a lot because it is 13 and that’s kind of cool because I was able to beat Billie. To have four Wimbledon titles is amazing.

“It’s funny, I didn’t think I was playing that well, especially in practice.

“Just wasn’t hitting the ball that cleanly, but when I got on the court, it was good.

“I served really well and to win the tournament without losing a set is pretty cool.”

Zvonareva, playing in her first grand slam final, was outplayed and could not force a single break point against an opponent who had delivered 80 aces in reaching the showpiece occasion.

Williams forced the first break of the match in game eight with a superb running forehand pass and served out to clinch the first set in 36 minutes.

Zvonareva, the second-lowest ranked woman to play in a Wimbledon final, fell 4-1 behind in the second set and had no answers as Williams showed her ruthless streak.

Williams, now 40, has won 23 grand slam singles titles, the most by any player in the Open Era. She is in second place of all time behind Margaret Court’s 24.

The last of her seven Wimbledon singles titles came in 2016.