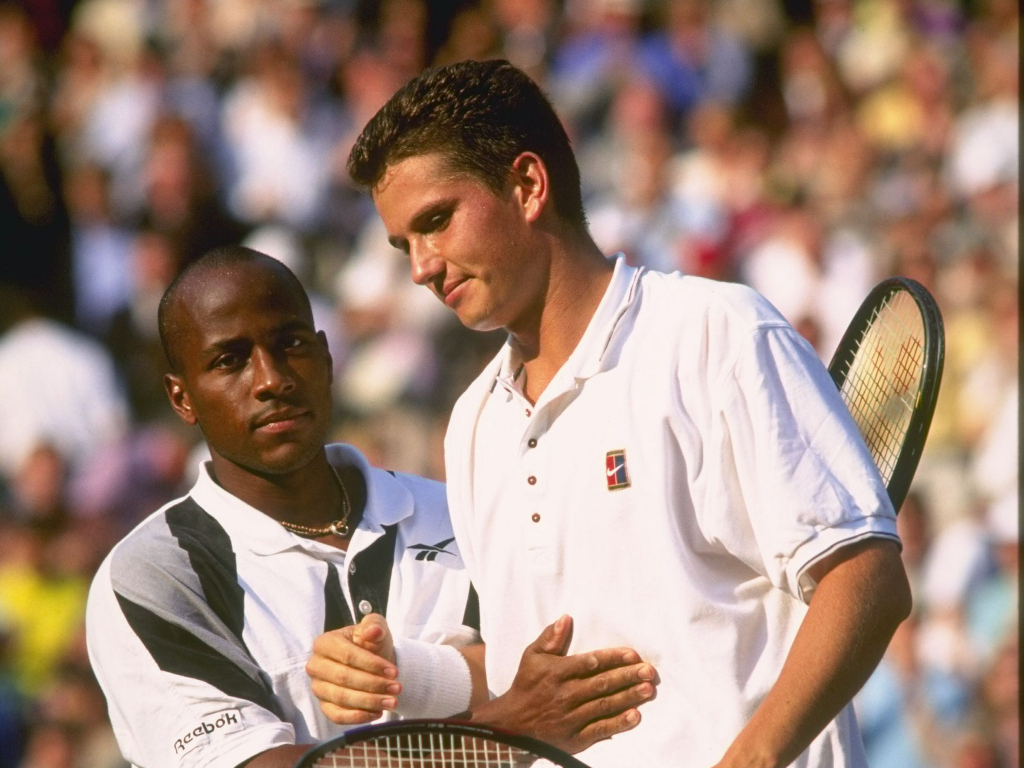 But this is not about that incident (although we might throw in a picture lower down on this page), this is about MaliVai Washington’s incredible run that year.

Washington started the tournament with only four ATP Tour singles titles to his name and was unseeded, but to be fair to him, he was ranked 20th in the world at the time.

The field was as strong as ever with Pete Sampras the top seed while Boris Becker, Andre Agassi and Goran Ivanisevic were also in the draw.

On paper it appeared to be a relatively easy first-round match for Washington as he was up against journeyman Richard Fromberg, but he required just over three hours to see the Australian off 6-3, 7-6, 6-7, 7-5.

Dutchman Paul Haarhuis didn’t fare much better in the fourth round as he lasted only 1h43m as Washington ran out a 6-3, 6-4, 6-2 winner.

With the seeded players enduring a nightmare first week at Wimbledon – only four made it into the quarter-finals – it meant Washington would face another unheralded player in Alex Radulescu in the last eight.

Things, though, would get even tougher in the semi-finals as he came up against compatriot and 13th seed Todd Martin, who beat Britain’s Tim Henman in the previous round.

Martin was the overwhelming favourite and was up two sets to one before Washington took it to a decider by winning the fourth set 6-3. Again Washington found himself staring down the barrel when Martin was serving for the match and a place in the final after he opened a 5-1 lead.

Somehow the American managed to break Martin twice in a row to bring things level and then had a ding-dong battle as they played a total of 18 games in the fifth set.

And so into the final marched the unseeded Washington, where the 17th-seeded Richard Krajicek awaited him.

The match started off in interesting fashion as streaker Johnson dashed across Centre Court as the two finalists posed for photos. 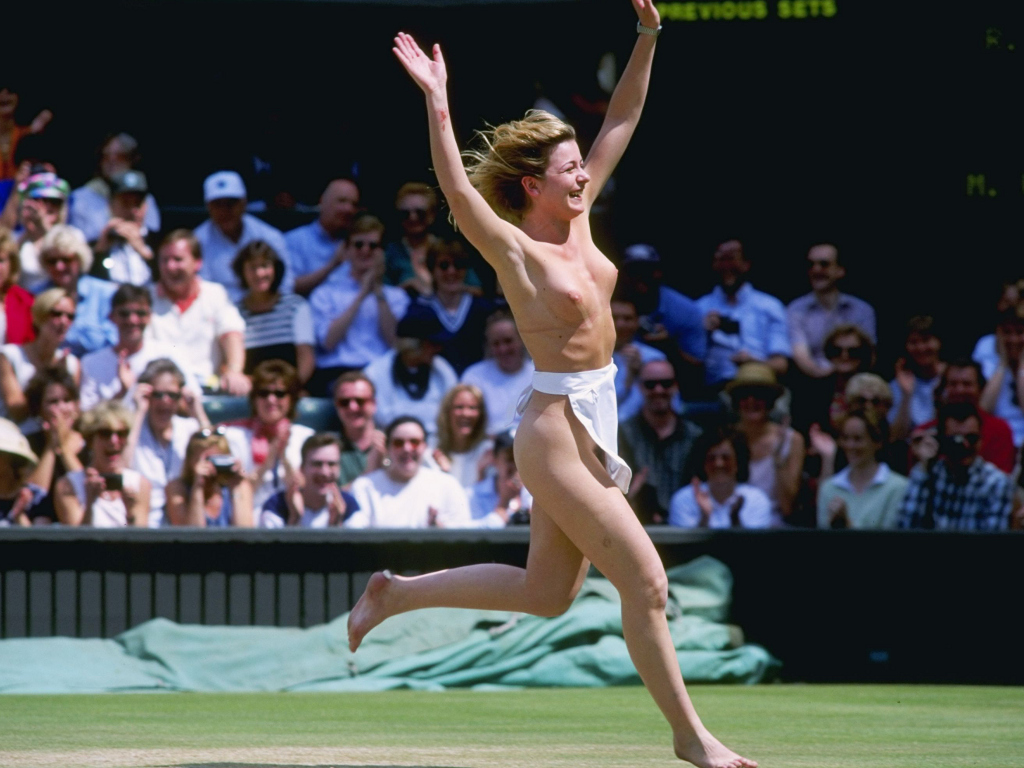 Sadly for Washington he didn’t really show up for the final as Dutchman Krajicek needed only 94 minutes to win 6-3, 6-4, 6-3.

It was also as good as it got for him in terms of majors as he only played in three more Grand Slam tournaments as he was forced to retire from tennis in 1999 due to a knee injury.

Washington’s run, though, was unbelievable and will live long in the memory, and he saw the lighter side of things after the match.

“I look over and I see this streaker …” he said “Gee, she smiles at me. She had on an apron. She lifted it up and she was still smiling at me. I got flustered, and three sets later I was gone. … That was pretty funny.”