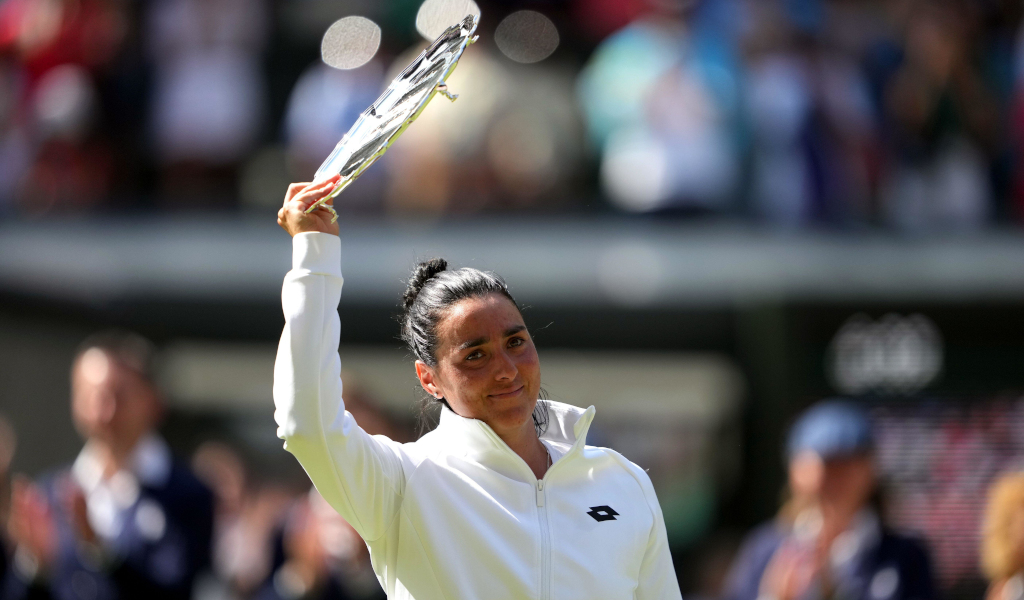 Winning the 2022 Wimbledon women’s singles final “wasn’t meant to be” for Ons Jabeur, but the trailblazing Tunisian feels “this is just the beginning of so many things”.

Playing in her maiden Grand Slam final, the 27-year-old was the favourite to win Saturday’s match and started well before going down 3-6, 6-2, 6-2 against the big-hitting Elena Rybakina.

“You know, that’s tennis. There is only one winner. But it’s a great first experience for me,” the world No 2 said. I’m looking forward for my next finals. I’m sure I will learn a lot from this one. But a positive two weeks for me. I’m just going to keep my head high.”

I hope to have inspired Tunisia, the African continent and the Arab world throughout my Wimbledon journey. I'll be back on Centre Court! Keep dreaming young girl 🍓

Eid Mubarak to all muslims around the world ✨ pic.twitter.com/gj1dRWPDlo

She added: “It is frustrating to play someone that serves really big and doesn’t give you the chance sometimes to take that break. I just was telling myself, like, ‘This is not over, I trust you.’ I even said, ‘I love you,’ to myself during the match.

Jabeur, though, achieved several milestones en route to finishing runner-up as she is the first Arab player and first African woman to play in a major final.

The Tunisian had plenty of highs during the European season as she won the Madrid Open – becoming the first Arab player and African woman to achieve the feat – while she also won the Berlin Open and reached a career-high of No 2 in the rankings.

Next up is the North American hard-court season and there is plenty of reason to be optimistic.

“I’m very glad with my results,” Jabeur said. “I don’t regret anything. I gave it all today. A final, I lose so many at the beginning [of my career], then step back and win one more.

“I don’t disbelieve in myself and I know that I’m going to come back and win a Grand Slam, for sure. This is tennis, and it’s part of it. I have to learn from it, definitely. But I’m very, very positive about it.”

The Tunisian continued: “I really cannot wait to play my next tournament, especially that I’m going to the States, and I know there is a lot of crazy fans there.

“This is just the beginning of so many things. I wanted really bad that title. Maybe because I want it too much, I didn’t have it.”