I deserve to be here right now: Ons Jabeur ready for her Grand Slam moment 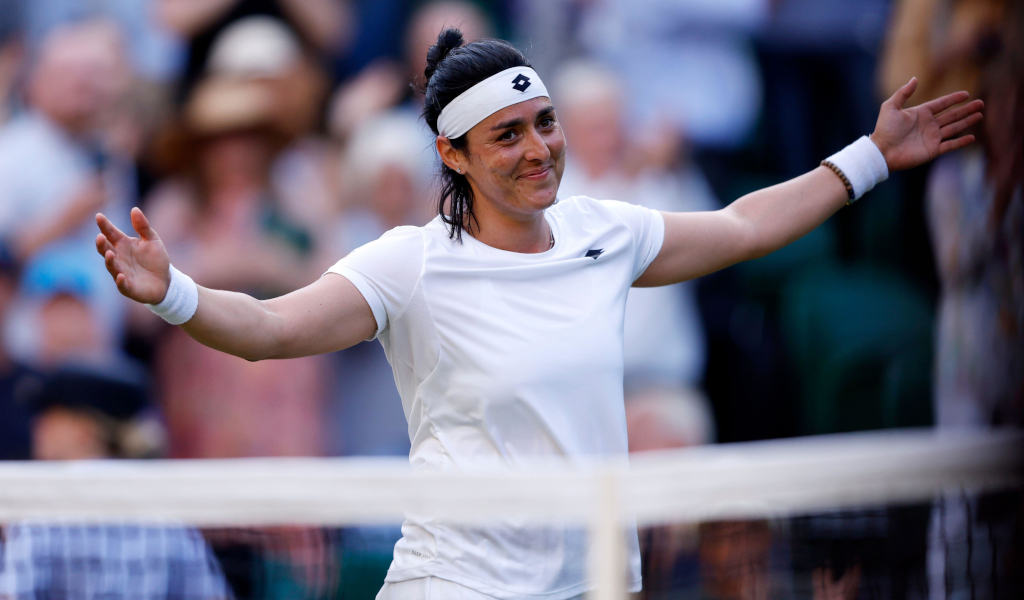 Tunisia’s Ons Jabeur has admitted that she feels like she should have reached a Grand Slam semi-final a long time ago.

Jabeur is only 26 but she enjoyed a prodigious junior career, and was something of a prodigy in Tunisia’s beating boys her own age regularly.

On finally reaching the last four she feels that the timing has been spot on, after a Wimbledon run that showed she deserves to be considered among the best in the world right now.

“I honestly expected myself to do better after juniors, because I was one of the good ones,” Ons Jabeur told reporters after her last eight win.

“Seeing other players from my age doing better and I wasn’t there, I was kind of jealous. But I also tried to be patient. Everything happens for a reason, and I believe I deserve to be here right now this year.”

Standing between Jabeur and a first Grand Slam final is the oldest first-time Grand Slam semifinalist in the Open Era, and her barbeque buddy Tatjana Maria.

The mother of two has defied expectations in an incredible run of her own which has underlined her ability on grass.

The allrounder Jabeur will need to be at her best to overcome the grass court specialist, with the timing of when to be aggressive likely to prove the difference.

Meanwhile the other semi-final also has an interesting dynamic, with Simona Halep’s all court game being tested against Elena Rybakina, a 23-year-old who appears to be built for grass.

“Very aggressive tennis,” Rybakina said when asked to describe her play on Monday. “I just know that I have this gift. I’m tall and I play really fast. It’s effortless, I would say. It’s not something I’m working [on] in the gym or something. This is my weapon, and I’m just trying to use it as much as I can.”

Halep will have to take her chances when they present themselves or risk falling victim to the Rybakina serve.

The Kazakhstan No 1 has sent down more aces this season than any other woman on tour and has already sent down 44 in her Wimbledon run.

Jabeur and Maria will contest the first semi-final from 13:30 (BST) with the Halep vs Rybakina match to follow.