‘Pretty nervous’ Dan Evans gets over the line at Wimbledon, but Cameron Norrie and Jay Clarke out 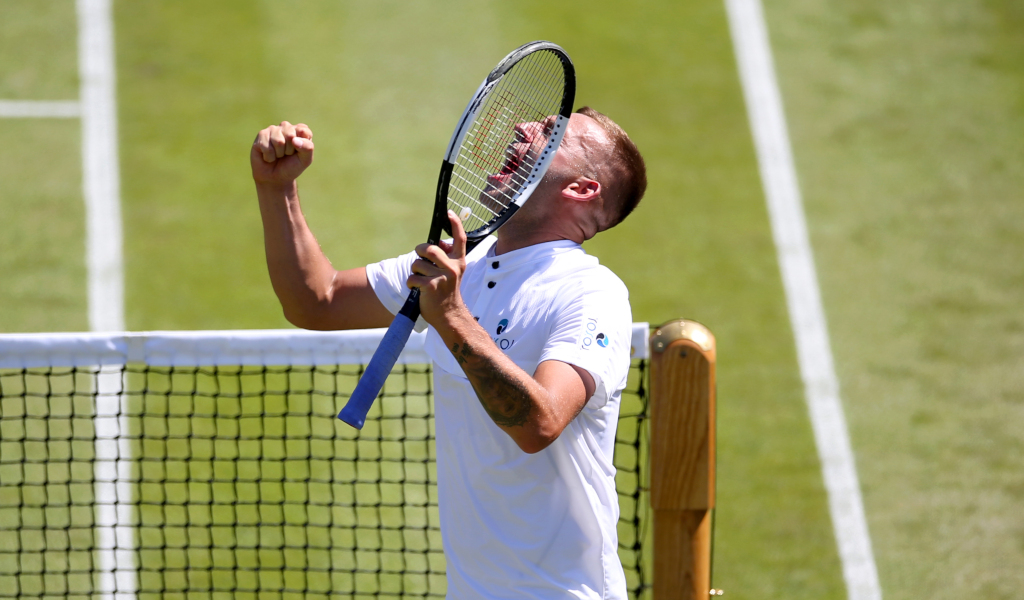 There was plenty of emotion from Dan Evans as he reached the third round of Wimbledon, but it was a mixed day for the Brits as Cameron Norrie and Jay Clarke crashed out.

A 100th Tour-level match to remember.

Britain’s Dan Evans equals his best performance at #Wimbledon by beating Nikoloz Basilashvili to reach the third round… pic.twitter.com/kydV19H7Z3

Having missed the previous two editions of Wimbledon after serving a suspension for testing positive for cocaine, his emotions got the better of him when it was all done and dusted.

“I have [been through so much]. I was pretty nervous, it probably showed,” Evans, who will face Joao Sousa next, told BBC after the match. “I just want to win big matches at the Grand Slams, it meant so much out there.

“The crowd here are always so good to me, they got me over the line there.

“I was struggling and I’m so thankful for them as well. I fancied my chances today, and it was real good out there. Every single person in the crowd helped me today, hopefully they come again to the next one.”

The 29-year-old is the only Brit remaining in the men’s singles draw as Norrie and Clarke lost in straight sets.

Norrie was put on Centre Court against eighth seed Kei Nishikori, but he never really got going as the Japanese player won 6-4, 6-4, 6-0.

British wildcard Clarke, meanwhile, was always up against it as he faced second seed and eight-time Wimbledon winner Roger Federer.