Rafael Nadal ‘a little bit tired’ talking about his injuries, happy to discuss the damage his balls are causing 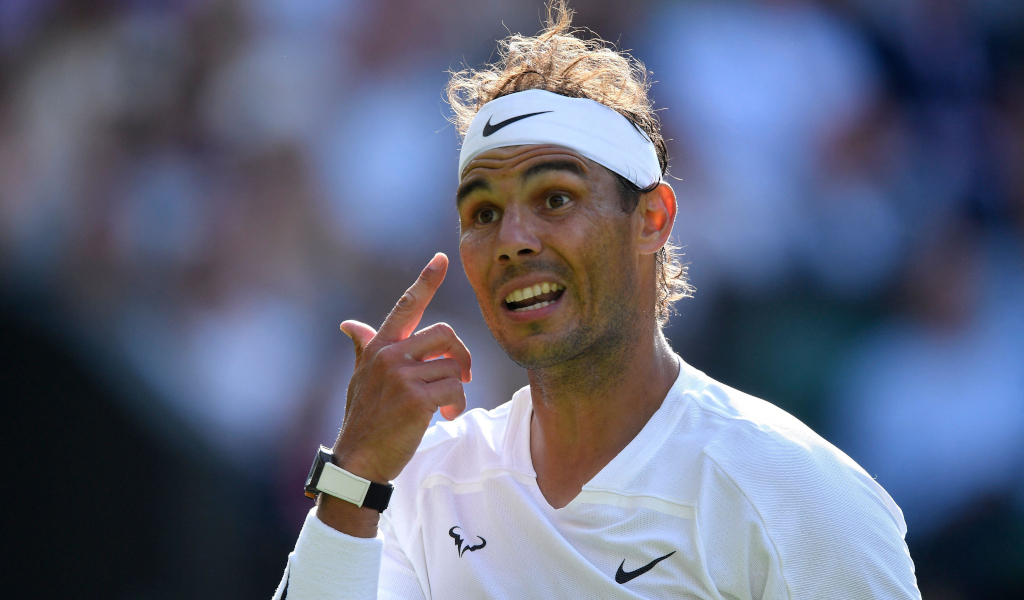 Rafael Nadal has had enough when it comes to questions about his body as he opted to focus more on the improvements he has made during his run to the quarter-final at Wimbledon.

Having arrived at The All England Tennis Club under an injury cloud due to a chronic foot problem, Nadal has looked more comfortable by the round with his latest victory a 6-4, 6-2, 7-6 (8-6) win over 21st seed Botic van de Zandschulp on Monday evening.

Rafa rolls into the quarter-finals 💪

His pre-tournament and most match-press conferences have been dominated by questions over his injuries and it was no different after the win over Van De Zandschulp.

This time the question centred around taping on his abdomen, but the 22-time Grand Slam winner was having none of it.

“I am a little bit tired to talk about my body,” Nadal said. “It’s not about that I don’t want to answer your question, but in the same time sometimes I am tired about myself, all the issues that I am having.

“I prefer to not talk about that now. Sorry for that. But I am in the middle of the tournament and I have to keep going.

“All respect for the rest of the opponents. I am just trying my best every single day.

“For the moment I am healthy enough to keep going and fight for the things that I want.”

The Spaniard needed four sets to beat Francisco Cerundolo and Richard Berankis in his opening two matches, but only needed three against Lorenzo Sonego in the third round and against Van De Zandschulp.

The two-time Wimbledon winner believes he is starting to cause a lot of damage with his shots.

“I think I have been improving in general terms, started to feel that my ball is starting to cause more damage than at the beginning of the tournament,” he said.

“I think I am making the ball advance faster with my forehand and with my backhand, working well with the slice too. I missed a couple of volleys again going to the net, but that’s how it goes.

“In general terms I am happy as it is not easy to make the transition and not easy especially after not playing here for a while. Happy with that and now is the moment to continue to take steps forward.”