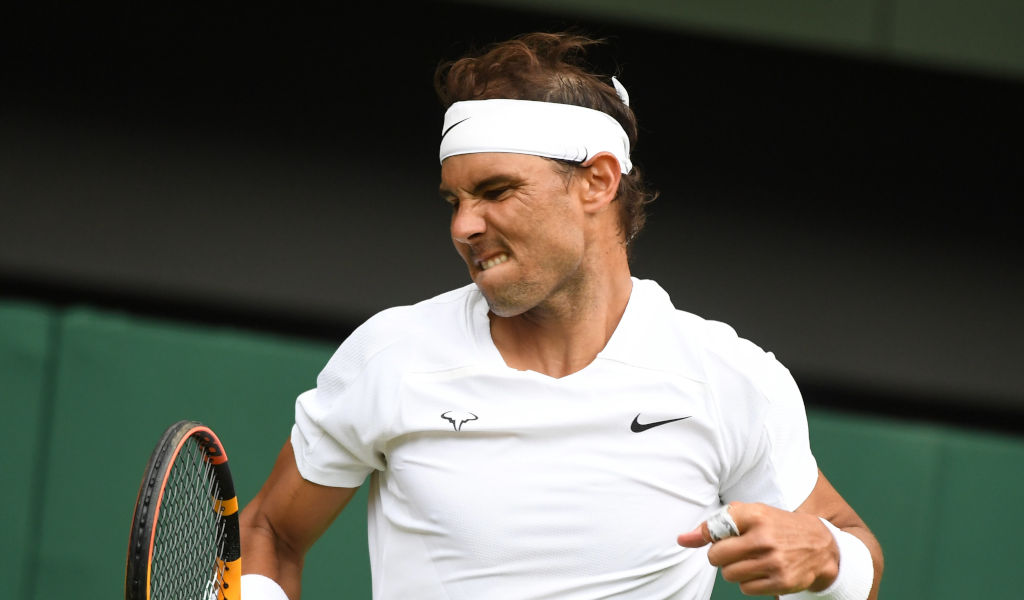 Rafael Nadal has better chance of beating Novak Djokovic on grass at Wimbledon than on the hard-courts, according to his coach Francisco Roig.

While Nadal is no doubt the King of Clay having won a record-extending 14th title at Roland Garros earlier in June, he will be the first to admit that his grass-court and hard-court game is not quite on par with that of Djokovic.

Six of Djokovic’s 20 Grand Slams have come on the grass at Wimbledon, nine on the Australian Open hard courts and three at the US Open (also hard courts). Nadal, meanwhile, has won two titles at SW19, two in Melbourne and four at Flushing Meadows.

Although Djokovic is the overwhelming favourite to once again be the last man standing at the All England Club this year, Roig is closer to the Serbian on grass than on hard surfaces.

“He had a few years in which he didn’t play well on grass, but if he’s doing well, there are fewer rivals who can beat him on grass than on hard courts,” he told ATP Tour’s Spanish website. “In that same way, I think he is closer to Djokovic on this surface than on fast. Being difficult to beat on both [surfaces] and considering that he is the favourite [at Wimbledon], there are more chances to beat him here.”

He added: “You have no choice but to be aggressive at certain times, and that helps him. Against [Roger] Federer he was too conservative [in 2019]. I told him ‘if Federer hits you four flat backhands in a row we won’t win, but if you make him cut the ball… you have a lot of chances of victory.”

Nadal played his first match on grass in three years on Tuesday, needing four sets to defeat Argentina’s Francisco Cerundolo and he will face Richard Berankis in the second round on Thursday.

“In the second set he played better, he did more damage with his ball. With the break up, the game got out of control, he lost the third, and in the fourth, it was complicated. But after three years without playing on grass, and in a first round, he’s fine.”