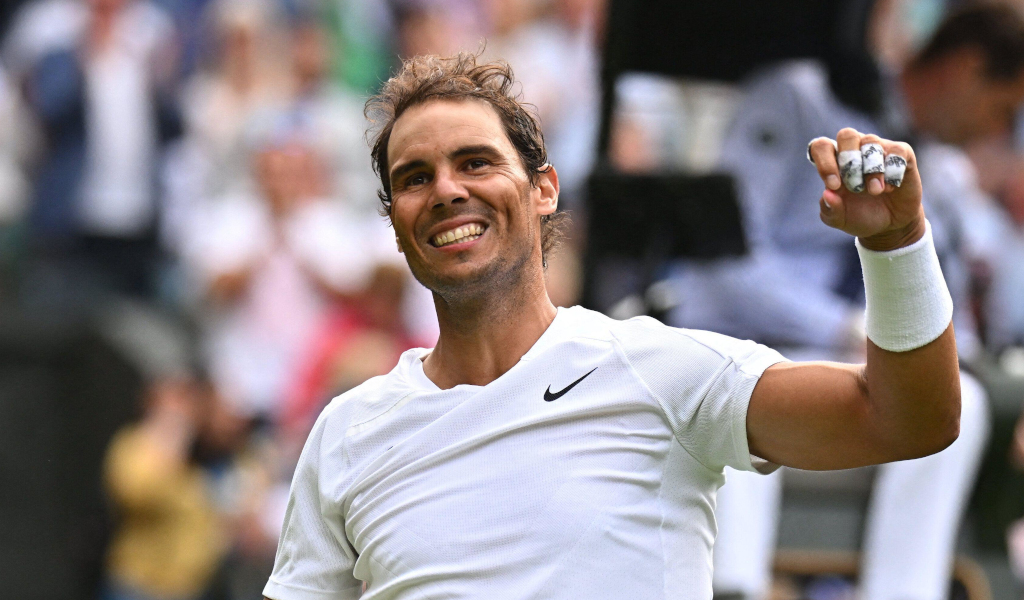 Rafael Nadal won his 17th consecutive Grand Slam match as he eased past Lorenzo Sonego in the third round at Wimbledon, but he insisted there were no hard feelings between the pair after things appeared to get a little heated.

Having already won the Australian Open and French Open this year, Nadal continued his rich vein of form at majors with a 6-1, 6-2, 6-4 demolition of the Italian in under two hours on Centre Court.

The opening set lasted just 27 minutes as the 22-time Grand Slam winner broke in games four and six before serving out the set to love.

And the Spaniard kept that momentum in the second set as he made it nine games in a row with two early breaks for a 4-0 lead. There were loud cheers from those on the showpiece court when Sonego finally got on the scoreboard in the second set, but Nadal was never going to let such a big lead slip away.

After opening a 3-1 lead in the third set, things did get a bit heated as the Italian asked for the lights to be switched on after being hit on the head.

The roof was eventually closed at 4-2, much to Nadal’s frustration as he was looking to get the job done as quickly as possible and at one point he had a chat with the Italian at the net.

After holding serve, Sonego then broke back to draw level at 4-4 but his joy was short-lived as Nadal hit back immediately and then served it out, promoting another discussion at the net.

Sonego was headed away after a quick handshake but was detained by Nadal. They had a long discussion – Nadal explaining, Sonego seemingly protesting.

It ended cordially, if not warmly. pic.twitter.com/ENvUpmUlh4

Asked after the match about their “spicy” chat, Nadal replied: “Not spicy at all, I just from the bottom of my heart I didn’t make it in a negative way.

Nadal will face Botic van de Zandschulp in the last 16 and he is happy with his progress at Wimbledon this year.

“Probably been my best match here without a doubt during the Championships, against the most difficult player I faced,” he said.

“I have been able to raise my level, super happy for that and wishing Lorenzo Sonego the best for the season he is a great player on grass I think he has a great future here.”