Rafael Nadal making the most of every minute on grass 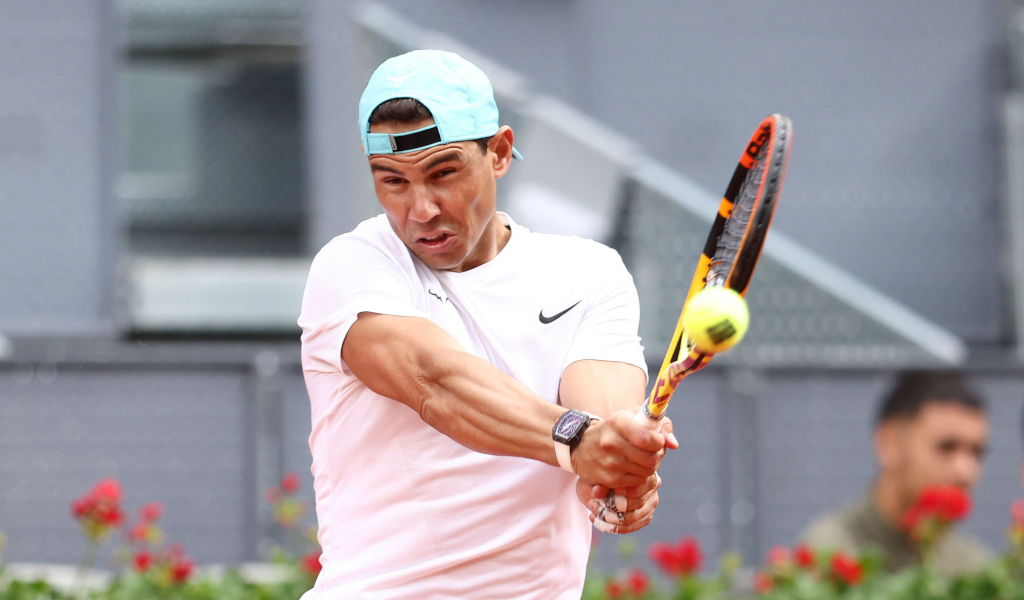 Rafael Nadal’s coach Marc Lopez says the the 22-time Grand Slam winner is upbeat ahead of Wimbledon but mindful of the need to get time in on court before the action begins in earnest.

Nadal will open his bid for a third Wimbledon title against Argentine Francisco Cerundolo, who has played two matches on grass.

However, Nadal cannot afford to take the young Wimbledon debutant lightly despite his stark record.

Lopez said that Cerundolo’s win over Pedro Martinez at Queens and his run to the semi-finals in Miami show that he could be a threat to Nadal.

“He’s a guy who played very well in Miami [Cerundolo got to the semi-finals],” Lopez said in an interview with EFE.

“We haven’t analysed the draw yet, but all the rivals on grass are difficult because it’s a special surface and he [Cerundolo] comes from winning a good match at Queen’s [over Pedro Martinez].”

Lopez believes the proof of the pudding will be in the eating as he intimated that it wasn’t easy to tell how well Nadal was playing on grass in practice.

The former Grand Slam winner said that Nadal would be looking to make the most of every bit of preparation he can get before Wimbledon.

“From everything you can draw conclusions, but in the end this is still training.

“What you have to do every day is feel more comfortable on this surface, which you hardly play on for the whole year.

“Rafa has not played here in three years. All the training sessions add up, even those in which you don’t feel good, because they help you correct things for the next one.”

Lopez also gave an update of sorts on Nadal’s chronic foot injury, saying there were a lot of positives.

“There are good days and bad days,” Lopez said.

“This surface is very unforgiving, everything happens very quickly. We are training with people who serve very well.

“At the moment, everything is positive. The foot issue, which was always the most worrying thing, is OK. We have to finish adjusting training, the other day [Wednesday] he played very well in the exhibition [at the Hurlingham Club against Wawrinka] and now we need to be ready for Tuesday’s [first-round] match [at Wimbledon].”