Rafael Nadal on Nick Kyrgios spat: ‘I’m too old for this stuff’ 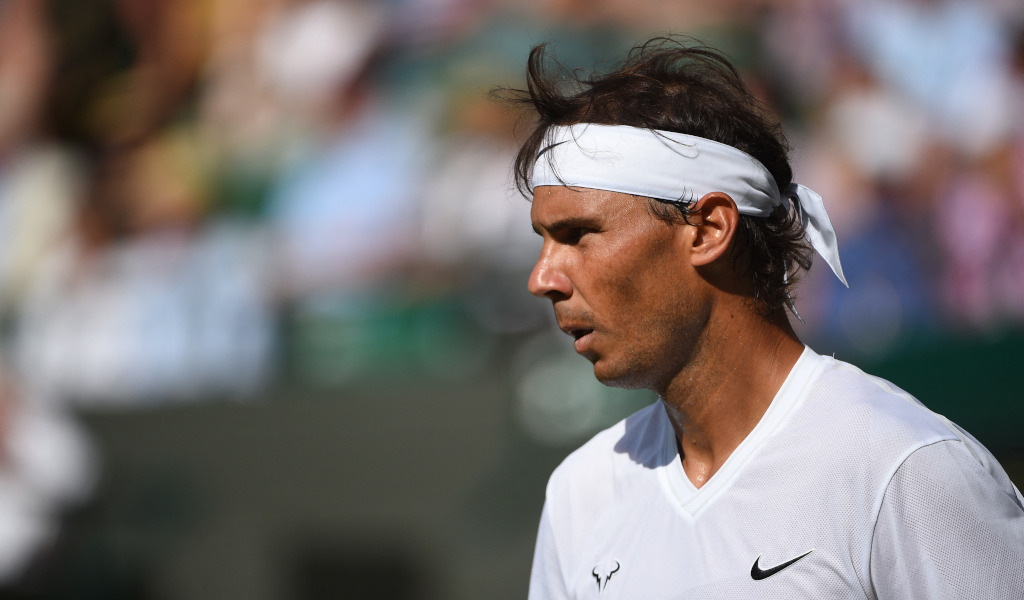 Rafael Nadal refused to get drawn into a war of words with Nick Kyrgios ahead of their second-round clash at Wimbledon.

The pair has never been the best of friends, but things took a turn south when Nadal’s uncle and former coach, Toni Nadal, said Kyrgios “lacked education” after he served underarm during their clash at Acapulco in March.

Then a few weeks later the Australian hit back as he described the 18-time Grand Slam winner as “super salty” during an interview on the No Challenges Remaining podcast.

Nadal has so far kept quiet, but the two will play each other for the first time since Mexico when they square off at the All England Club on Thursday.

Asked for his opinion on the matter, Nadal told BBC: “Being honest, I’m too old for all this stuff.

“Too many years on the Tour. What I said I said, and I believe in what I said. I’m not a guy that is going to be in a fight with anybody.

“I’m here to enjoy my sport. And to keep doing the thing I love as good as possible.

“After tomorrow it’s gonna be another chance to be on court, probably on Centre Court, so an opportunity to enjoy a good match.”

Nick Kyrgios snaps back at his critics in another tetchy press conference, writes @RealKevinPalmer https://t.co/fcATMI4oce

He was again asked about Kyrgios’ controversial gameplan that includes underarm serves and tweeners during his post-match press.

“For me, it doesn’t make any difference,” the Spaniard said.

“I gave my opinion and I will give it again. It has not changed. It doesn’t make any difference to me. He can do whatever he wants with his life.

“I am not upset by anything he does or wants to do. I am a professional and I go out to play my match. I don’t care what my rival can or cannot do. I am thinking about tennis and nothing else.

“I do not concern myself with things like that in this part of my career. I have to give my maximum and I have to win my match.”