Rafael Nadal gives positive fitness update ahead of Wimbledon: ‘I can walk normally most of the days’ 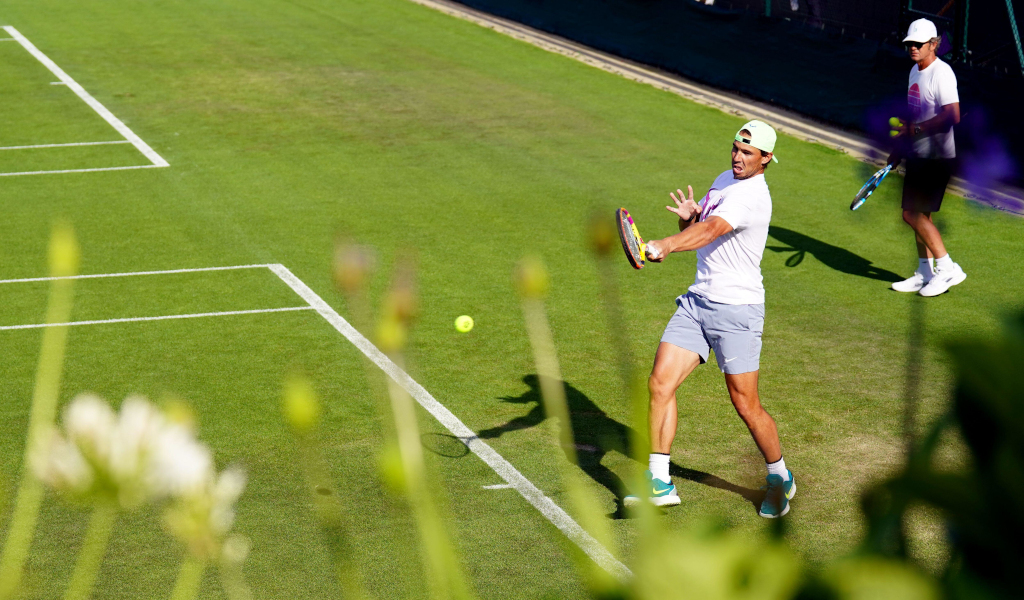 Rafael Nadal gave a positive update about his fitness as he prepares to play at Wimbledon for the first time since 2019.

The Spaniard, who is bidding to win a third successive Grand Slam title and 23rd overall, was on crutches after the French Open because of his chronic foot problem but nerve treatment appears to have been successful.

“It’s obvious that, if I am here, it’s because things are going better,” said Nadal. “If not, I would not be here.

“So I’m quite happy about things, how they evolved. I can’t be super happy because I don’t know what can happen. But I only can speak about the feelings that I am having in the last two weeks.

“There are a couple of things that are so important for me. First of all, I can walk normally most of the days, almost every single day. That’s for me the main issue.

“When I wake up, I don’t have this pain that I was having for the last year and a half, so I’m quite happy about that.

“And the second thing, practising. I have been overall better. Since the last two weeks, I didn’t have one day of these terrible days that I can’t move at all.”

Nadal admitted he cannot be sure how long the improvement will last, saying: “I can’t tell you if I’m going to be in that positive moment for one week, for two days, or for three months.

“The treatment that I did didn’t fix my injury, not improving my injury at all, but can take out a little bit the pain. That’s the main goal.”

Nadal feared he may have to retire late last year before a stunning return to win the Australian Open for the first time since 2009 and then coming back from a fractured rib and more foot problems to claim a 14th crown in Paris.

“But in general terms it has been an amazing, positive six months in terms of tennis results. I enjoy it because it has been unexpected.

“But now is the moment to keep going, if I am able to be better with my body. The main thing for me is keep enjoying my daily work and my day-by-day playing tennis.”