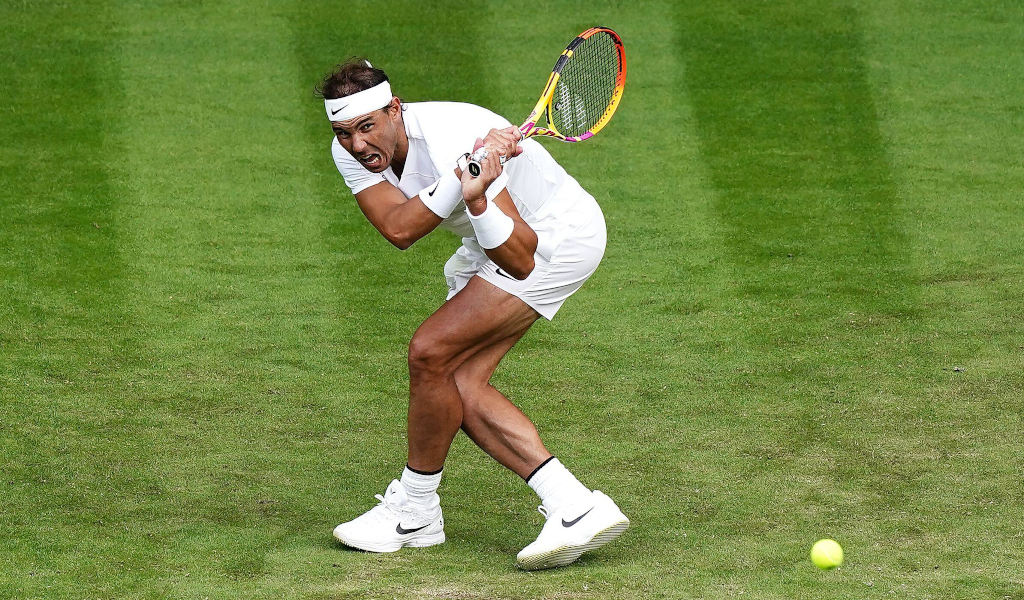 Rafael Nadal took to the Wimbledon practice courts on Thursday with his participation in the semi-finals still in doubt.

All the while social media is awash with equal parts concern and cynicism with a growing faction believing Nadal overlays his injury troubles, although there is no concrete evidence to support this.

Nadal is due to face Australian Nick Kyrgios on Friday in a blockbuster last-four clash on Centre Court.

But the Spaniard, a two-time champion at SW19, has an abdominal injury with reports in Spain claiming he has suffered a 7mm tear in the muscle.

Nadal looked set to retire during his quarter-final against American Taylor Fritz on Wednesday evening, but somehow recovered to claim a 3-6 7-5 3-6 7-5 7-6 (4) victory after a gruelling four hours and 20 minutes.

The 36-year-old had strapping on his stomach and at times appeared in so much pain that his father and sister, watching from the players’ box, were gesticulating for him to quit the match.

Afterwards Nadal was asked what his chances were of recovering in time to face Kyrgios and said: “I don’t know. Honestly, I can’t give you a clear answer.”

The 22-time grand slam champion was due to undergo tests on Thursday, but members of his team have remained tight-lipped about his condition.

Nadal was scheduled to train for an hour at 12.30pm, but he pushed that session back by an hour before practising at Aorangi Park for 45 minutes.

He won the French Open title for the 14th time last month despite an ongoing battle with a chronic foot injury, which he has since undergone treatment on.

Kyrgios burst on to the scene when he beat Nadal at Wimbledon as a 19-year-old in 2014.

The controversial Australian also played Nadal three years ago in a hotly-anticipated clash which he lost in four tight sets.

“Obviously it would be pretty special to play Rafa here,” said Kyrgios.

There was added spice to their 2019 meeting after Kyrgios made some uncomplimentary comments about his rival in a podcast interview.

The 27-year-old is in a more conciliatory mood this year, however, as he prepares for a first grand slam semi-final.

“I feel like we respect the hell out of each other, though. I feel like that would be a mouth-watering kind of encounter for everyone around the world.”