Rafael Nadal sets up Nick Kyrgios clash at Wimbledon, but insists it won’t be a grudge match 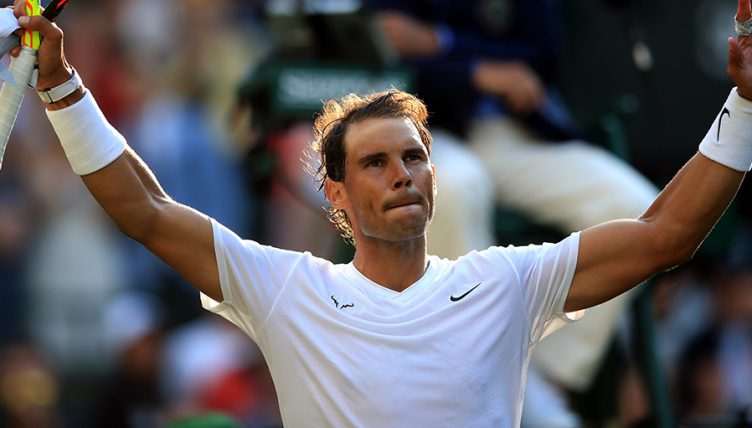 Rafael Nadal is through to the second round of Wimbledon after a comfortable win over Japanese qualifier Yuichi Sugita.

The Spaniard was never really required to get out of second gear throughout, easing to a 6-3, 6-1, 6-3 win on Number One Court.

“I’m happy for the victory. This is the main thing,” Nadal told reporters after the match.

“My first official match on grass in a year so it’s always difficult. At the beginning it was tough. There are lot of things to improve. I have one more day to keep practising.

Nadal will face Nick Kyrgios next, a player with whom he has something of a fractious relationship.

However, Nadal insists there will be no grudge match at SW19, saying: “Being honest I’m too old for all this stuff.

“What I said I said. That’s all. I’m not a guy who will be in a fight with anybody. I will keep doing things I love. After tomorrow I will be back in this amazing place.”

Domicic Thiem is out though, becoming the third top ten seed in the men’s singles to suffer a first round exit.