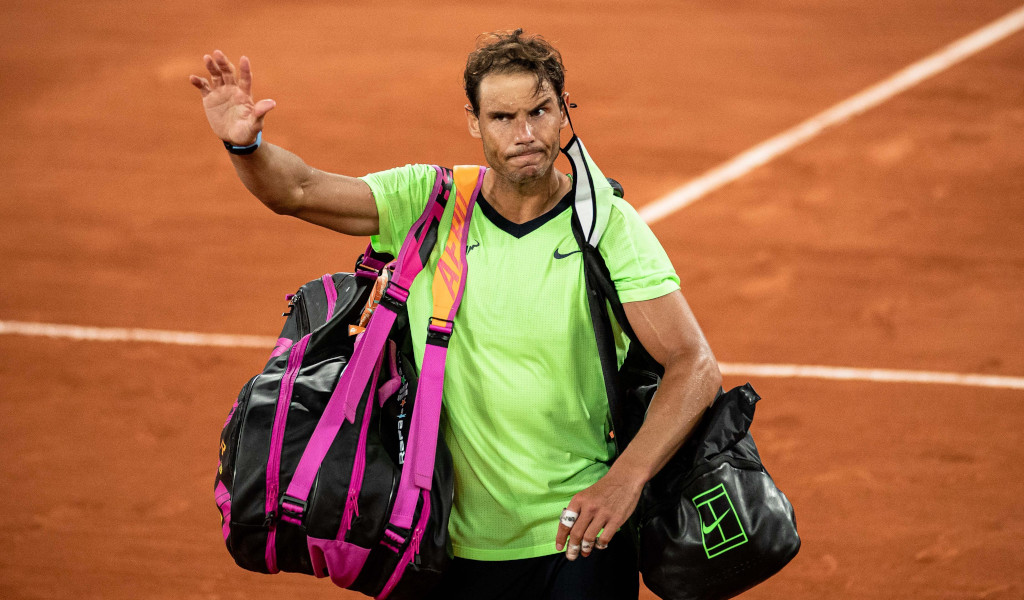 Rafael Nadal has confirmed he won’t feature at the Mallorca Championships next week while he will first take a few days off before deciding whether or not to play at Wimbledon.

The 20-time Grand Slam winner’s clay-court season came to end on Friday as he went down in a four-hour and 11-minute epic French Open semi-final against Novak Djokovic.

Nadal, who played in five tournaments on the red dirt over two months, was due to move straight over to grass as he had entered the ATP 250 event in his home town of Mallorca, but confirmed that he will not play.

“I will not play the Mallorca Championships. I am the age that I am, I would love to play in front of the spectators at home but there is no choice,” the 35-year-old said.

“The first reason is because I never play in the week before a Grand Slam. I also don’t feel ready to start training on grass in three days. It is unsustainable.”

When asked about playing at Wimbledon, which starts on June 28 this year, he replied: “I don’t know what I’ll do in my future.

“After two intense months in a positive gravel season without having achieved the final goal, I have managed to win two titles.

“The body after so much struggle usually suffers a slump. Wimbledon this year is in two weeks. It’s different from when I was 25 years old. I am 35 and you have to see how I recover in every way.

“I need to digest it all, be calm, take a few days off and go home. We have been locked up in Paris for two and a half weeks and I need to breathe a little, enjoy the good weather in Mallorca and what is going to happen is of little importance.”