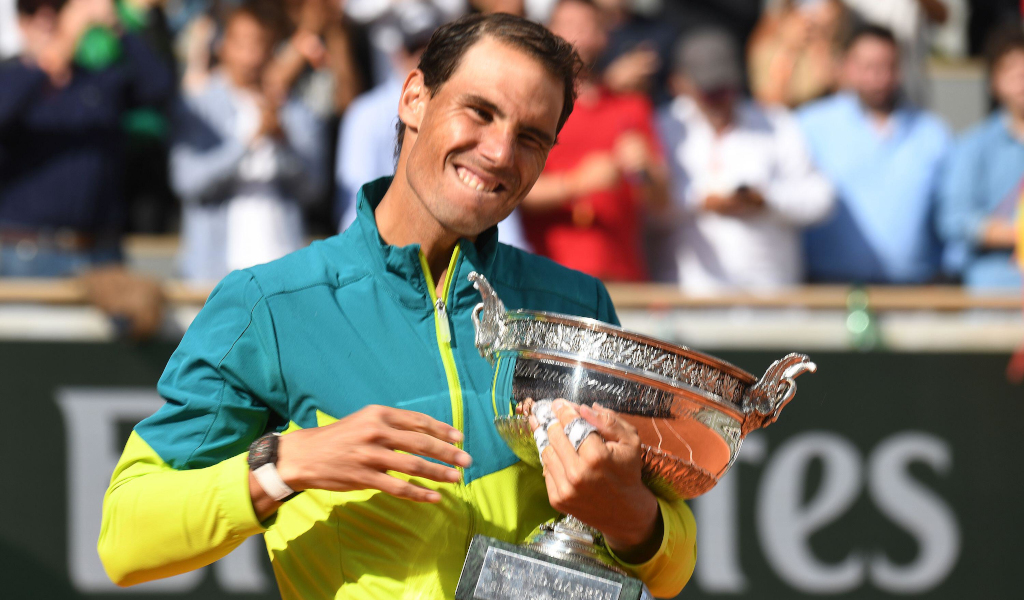 Toni Nadal is backing Rafael Nadal to compete at Wimbledon this year despite his foot injury while his doctor says they will only know in a couple of days if his latest treatment is going according to plan.

Nadal completed another “miracle” at Roland Garros on Sunday as he won a record-extending 14th French Open crown while the title also moved him to 22 Grand Slam trophies, which puts him two clear of his great rivals Roger Federer and Novak Djokovic.

What made his success in recent years even more remarkable was the fact that he has been struggling with a chronic foot problem for more than a decade with the injury debilitating in recent weeks.

The tennis great admitted after the tournament that he played with a numb foot as has had several injections to get through matches.

He has since undergone pulsed radiofrequency treatment and his medical team are hopeful that he would play at Wimbledon and continue his hunt for a Calendar Grand Slam following his success at the Australian Open and Roland Garros.

“Wimbledon is very close as it starts in two weeks. Let’s see if my nephew is there or not,” his uncle and former coach Toni is quoted as saying by Eurosport Spain.

Toni added that his nephew wants to “take advantage of the good sporting moment that he is going through and that has led him to win the two Grand Slams that have been played so far this year”.

He continued: “When I see that he has to overcome many difficulties and is still there despite having won many things and having been very successful… since 2005 he has been playing with a lot of pain to the point of sometimes being unable to finish a training session.”

Meanwhile his long-time doctor Ángel Ruiz-Cotorro, who also works with the Spanish Tennis Federation, gave an update on after his initial treatment earlier this week.

“We will see in the next few hours and in two or three days what effects it has had,” he is quoted as saying by El Partidazo de Cope.

Adding: “The objective is that this [injury] does not last longer and that he can play Wimbledon.”

“It seems to me a spectacular thing, it would be a miracle for any normal person, but he is able to do it because he really is a different person,” he said.

“It’s no longer that they numb your foot so you don’t have pain and suddenly you can compete, it’s accepting that challenge and then isolating yourself from all that feeling to later give you the opportunity to play several games with those conditions, also against very high level rivals.

“Coming in addition to the rib problem that had prevented him from having the proper preparation and rhythm of matches that he wanted. These things can only be done by Rafa.”