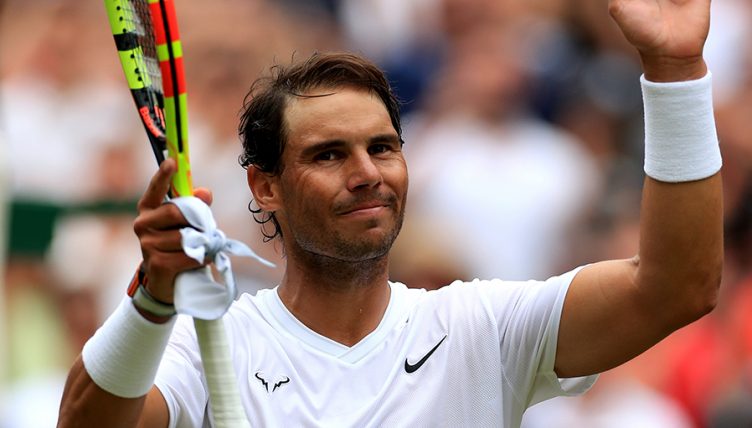 A hugely impressive Rafael Nadal powered his way past Jo-Wilfried Tsonga and into the fourth round at Wimbledon.

The Spaniard came through a tough match earlier in the week against Nick Kyrgios, but he showed no ill-effects from that on Centre Court, winning 6-2, 6-3, 6-2.

“I was very happy,” he told the BBC after the match. I played a great match from the beginning to the end. I was aggressive with the forehand and backhand.

“Jo is one of those players you don’t want to face early but today was my day.

“Every single day is a battle here. I’m happy with the way that I played in the first week. It’s day by day now. I’ll try to have a good practice session.

“I have been in the second week of Wimbledon nine times but in Grand Slams it’s a lot more.

“It’s something that is important and gives me a positive feeling. Tomorrow I start the work again.”

The two-time former champion will place Joao Sousa or Dan Evans in the fourth round.