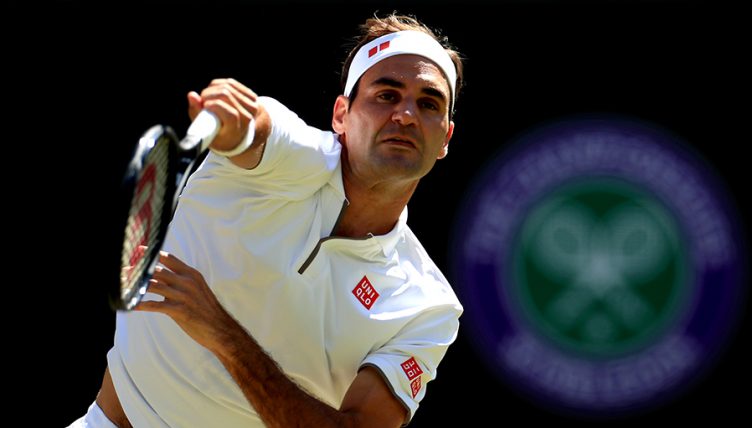 Roger Federer appeared to be in no mood for accolades as he reached another amazing career milestone at Wimbledon.

The Swiss maestro vanquished Lucas Pouille in straight sets on Centre Court, winning, 7-5, 6-2, 7-6 (7-4) to set up a fourth round clash with Matteo Berrettini next week.

It was his 350th win at a Grand Slam (his 98th at Wimbledon), establishing him as the first player to hit the marker.

He, though, underplayed the accomplishment.

“It is nice but it is medium otherwise,” Federer said.

“I know back in the amateur times they were not playing all the slams because it was too far to travel to some places.

“Then the generation before me didn’t play all the slams.

“I think especially in the last 20 years everybody started to play all the slams. Of course, it is a nice number to achieve. I’ve enjoyed my time at the slams.

“They’ve given me the most memorable, special moments on a tennis court so of course, it has been nice winning that much.”

Novak Djokovic is second on the list of matches won at a Major with 272 with Rafael Nadal third on 262. Andy Murray is only other active player in the top 10 with 189 wins.