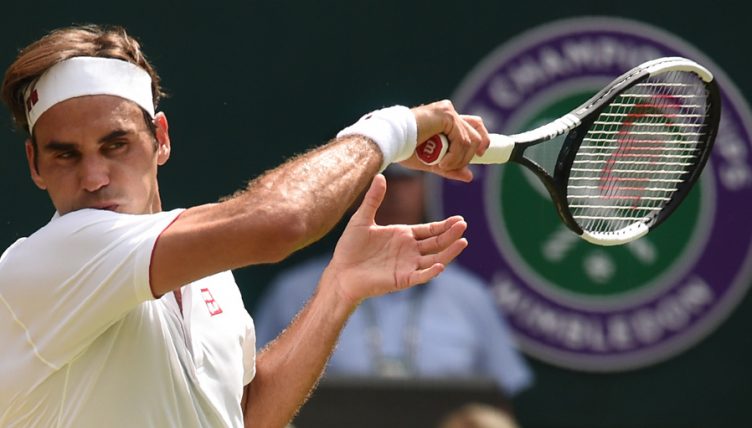 Roger Federer breezed through into the Wimbledon quarter-finals with a 6-0 7-5 6-4 win over Adrian Mannarino.

The top seed and defending champion has now won 32 sets in a row at Wimbledon, and he barely looked to move out of second gear on Centre Court.

“It was an interesting beginning to the second set, it became a tough set,” said Federer.

“He could have won it and the match might have been different. I knew he was much better than that first set. In the beginning he didn’t play that well. I’m very pleased to be back in the second week.

“Usually you play better against better players because that is what is required. I had a quiet weekend because you don’t know how busy this second week is going to be.”

The 36-year-old will now face either Kevin Anderson or Gael Monfils in the last eight.