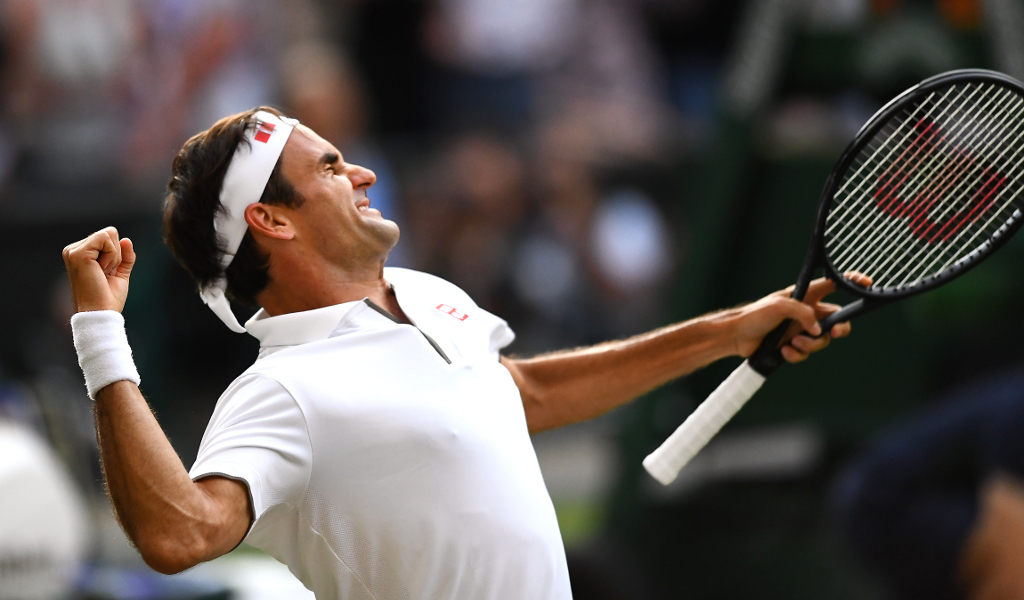 The latest installment of Fedal lived up to expectations as Roger Federer got the better of his great rival Rafael Nadal to reach the Wimbledon final where he will face defending champion Novak Djokovic.

It’s not often that Federer outrallies the Spaniard, but he did so on numerous occasions to claim an impressive 7-6 (7-3), 1-6, 6-3, 6-4 victory in three hours and three minutes on Centre Court.

Eleven years after their last meeting on grass, the 2008 Wimbledon final won by Nadal, the 40th edition of Fedal had all the makings of a classic.

And it was a treat for tennis fans as both produced great tennis, but it was Federer who edged most of the big points.

Nadal had the first break point opportunity in game eight of the opening set, but the Swiss stood firm and then overcame an early blip in the tie-breaker to take the set.

Another record goes the way of @rogerfederer ??#Wimbledon pic.twitter.com/POFYhs74l6

But the disappointment of the first set didn’t keep Nadal down for too long as he upped the ante at the start of the second with Federer having to do a lot of hard work to hold his first service game. The pressure was unrelenting and eventually it told as Nadal raced through the set, breaking his rival twice to level it at one set each.

Next it was Federer who turned the screws and in a blink of an eye he was up 4-1 after finally breaking the Nadal serve in game four. He squandered a golden opportunity to make it a double break two games later, but in the end it didn’t matter as he served it out to love.

And the 37-year-old carried that form over to the fourth set as he got another early break to open a 3-1 lead.

He threw the kitchen sink at the Spaniard in game nine as he tried to finish it on the Nadal serve, but his rival was never going to go down without a fight and he saved two match points.

It was over to Federer to serve it out and again Nadal saved two match, but it was fifth time lucky as the 20-time Grand Slam winner booked his place in the Wimbledon final for a 12th time.

“I’m exhausted, it was tough in the end, Rafa played some unbelievable shots to stay in the match. I thought the match was played at a very high level, I enjoyed it. That was nice,” he said.

“I had spells where I was serving very well and I thought probably the biggest points in the match went my way. I think that first set was huge, try to take the lead and then protect that, but he came back very strong in that second set, but I thought it was a joy to play today. ”

As for the upcoming final against Djokovic, Federer said: “He played good against [Roberto] Bautista Agut, who I thought played a phenomenal tournament. Novak was supreme again. He’s the defending champion and he showed why this week. He’s been rock solid from start to finish so I hope I can push him to the brink and hopefully beat him, but it’s going to be very difficult as he is not No 1 by chance.”