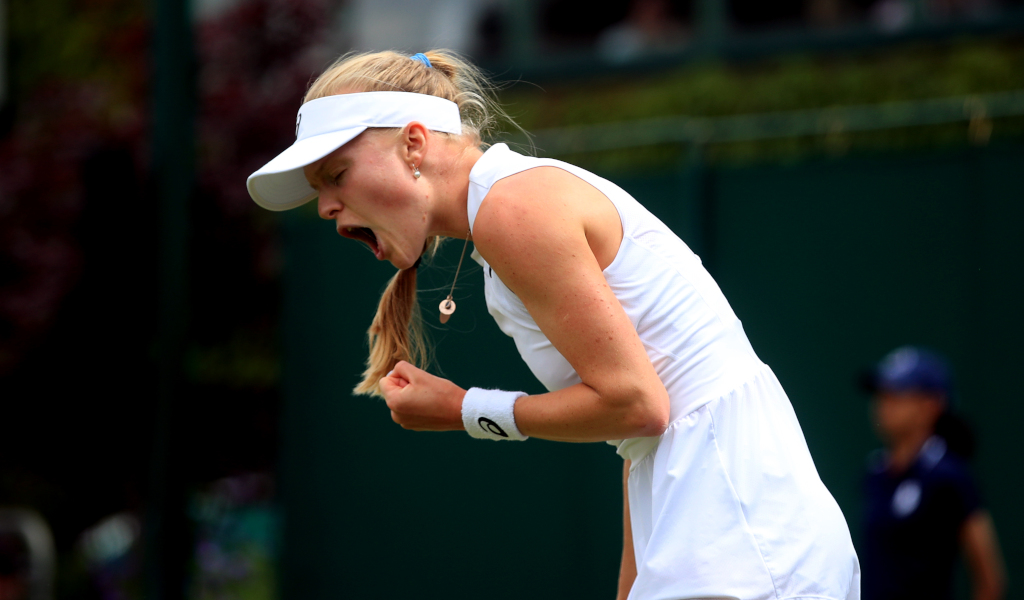 Wildcard Harriet Dart enjoyed some royal support en route to her maiden victory at Wimbledon as she claimed a three-set win over Christina McHale.

Kate, the Duchess of Cambridge, broke with tradition and decided to watch Dart and McHale on the outside court and it seemed to inspire the British player.

Welcome back to The Championships, The Duchess of Cambridge#Wimbledon | @KensingtonRoyal pic.twitter.com/OuAW6luhsq

World No 182 Dart, who was beaten 6-0, 6-0 by Maria Sharapova in the first round at the Australian Open at the start of the year, made it a day to remember on Court 14 as she beat the American for her first-ever main draw win in a Grand Slam.

A moment @harriet_dart will remember for a long, long time 🇬🇧

The Brit wins her first ever Grand Slam main draw singles match to move into the second round at #Wimbledon pic.twitter.com/wTL3hRQr7c

She will face either former champion Garbine Muguruza or Beatriz Haddad Maia in the second round.