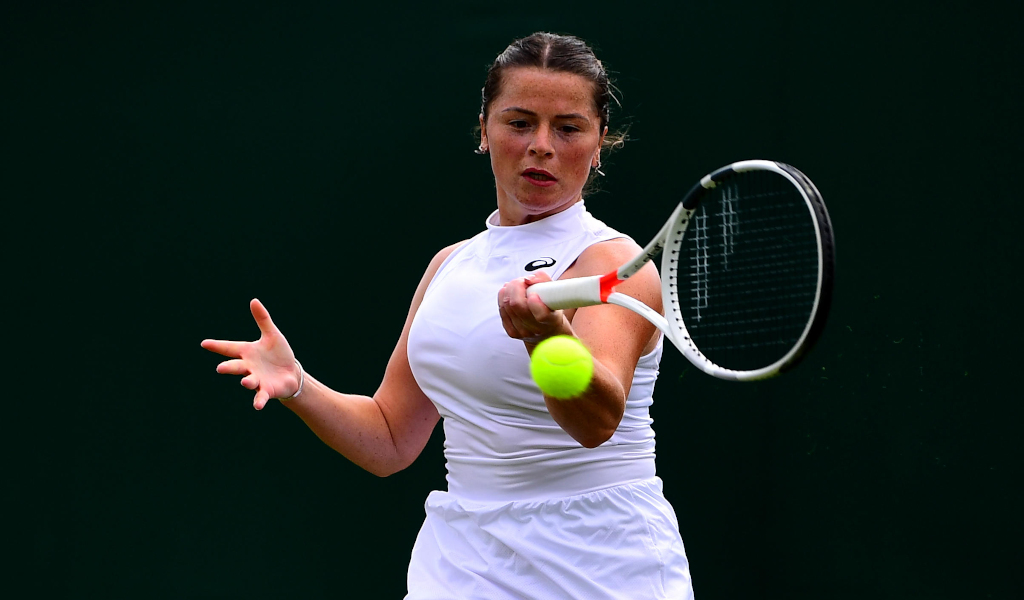 Sarah Beth Grey is targeting a Wimbledon singles debut next year after recovering from heart surgery to take her place in the doubles draw.

Grey and Yuriko Miyazaki were well beaten by fifth seeds Ena Shibahara and Asia Muhammad in the women’s first round on Wednesday evening but it was a victory for Grey just to step out on court.

Earlier this year, a routine check-up organised by the Lawn Tennis Association revealed an irregular heartbeat and began a chain of events that ended with Grey on a surgeon’s table in late February.

She told the PA news agency: “It was a big shock. I had a routine check-up and they picked up that there was a problem with the rhythm of my heart. They didn’t really know what it was in the early days, it was just, ‘we need to look at this further and go for more checks’.

“I wasn’t really thinking too much of it at the time but it all sort of spiralled down quite quickly and it was all quite scary and overwhelming and I wasn’t sure whether I’d be safe to go back to competing again.

“But I was in great hands the whole time and luckily they managed to fix the problem. It was a really routine procedure that they did. Getting over the shock of it all mentally and physically took some time but now I’m back and I’m really happy and looking forward to the next years to come.”

Looking back, Grey realises there were signs of the problem but she would not have sought help had it not been for the check-up.

“I’d thought it was maybe low blood sugar or something, if you’re feeling a little bit wobbly, if you maybe haven’t fuelled well enough,” she said. “They explained to me those symptoms were from the heart.”

The 26-year-old from Liverpool is all too aware of what can happen if such issues are not picked up.

“With the irregularity, if the heart goes too fast with the strain that I’m putting my heart under, it could be dangerous,” she said.

“There have been some footballers who’ve maybe not had those checks and had an unfortunate circumstance when they’ve been on the pitch. Definitely it’s amazing that the LTA had that in place. Going forwards hopefully a lot more players will be checked.”

Grey returned to tournament action in May but admitted the mental recovery has been as difficult as the physical.

“Luckily everything was in Liverpool so I was staying with my family and that was amazing to have the support,” she said. “I’ve got a really big family, I’m one of seven, so they were all around me a lot and giving me a lot of support.

“I think it was as much of a shock for them as it was for me because I’m the athlete of the family, the really fit one who’s kicking everybody else up the bum to tell them to get in shape.

“Because of the time off, I was quite deconditioned. So things felt harder and I was like, ‘Is this safe?’ I was checking in with the doctors and they were reassuring me that everything was safe and good to go. I just had to trust in that.”

Grey, who is at her career-high ranking of 292, has to have check-ups every six months but is able to look ahead to the rest of her career with confidence.

It could have been a very different outcome, with Grey saying: “There’s a lot of athletes that go down this path who aren’t cleared to be safe to go back to competing and that was a potential that could happen to me.

“That was tricky to get my head around because, as much as sport isn’t forever, you want to call time in your own way. For that potentially to be something that was taken away from me, that was really tough at the time.

“I’m just really, really grateful and thankful that everything turned out how it did and I can keep trying my best to move on, look ahead and take strength from that situation.

“I’m already now thinking ahead to next year. I really want to try and work my way up the rankings to try and be in the main draw next year.”