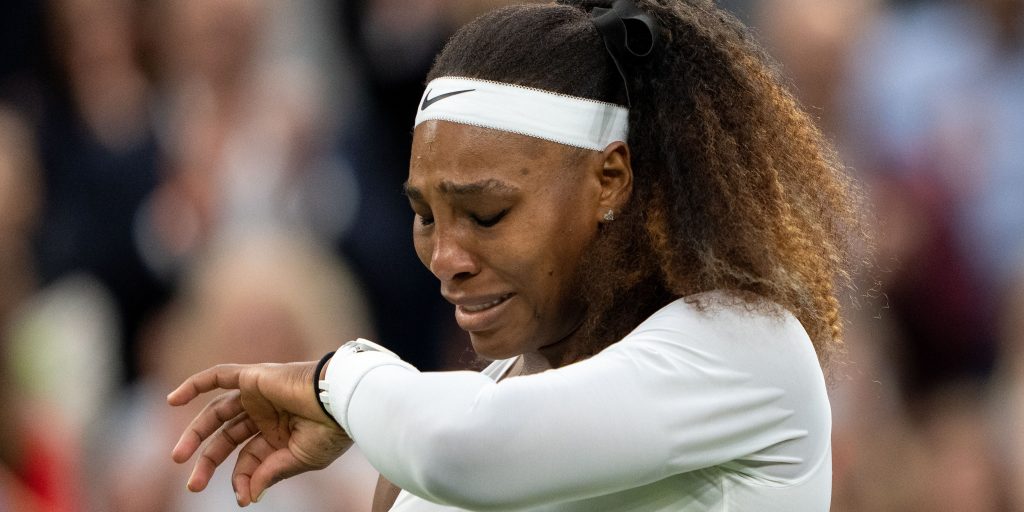 Serena Williams did not attend a post-match press conference after she was forced to withdraw from Wimbledon with an ankle injury and instead opted to issue a statement to the media instead.

The seven-time singles winner at the All England Club slipped in the fifth game against Aliaksandra Sasnovich and needed a medical time-out.

Even though the American returned after a 10-minute delay and hit a handful of winners, the pain in her right leg appeared too severe and she had to quit while in tears.

Have we just witnessed the final act in the remarkable career of Serena Williams?

A statement from Williams read: “I was heartbroken to have to withdraw today after injuring my right leg. My love and gratitude are with the fans and the team who make being on Centre Court so meaningful.

“Feeling the extraordinary warmth and support of the crowd today when I walked on – and off – the court meant the world to me.”

Roger Federer’s enthralling first-round tie with Adrian Mannarino also came to a premature end after the Frenchman slipped and injured his right knee in the final exchanges of the fourth set.

It forced his retirement and the Swiss great admitted: “This is obviously terrible that it’s back-to-back matches and it hits Serena as well. Oh, my God, I can’t believe it.

“I do feel it feels a tad more slippery maybe under the roof. I don’t know if it’s just a gut feeling. You do have to move very, very carefully out there. If you push too hard in the wrong moments, you do go down.”

Andy Murray, who had played on Centre Court on Monday night against Nikoloz Basilashvili, joined the list of players questioning the surface.

Brutal for @serenawilliams but centre court is extremely slippy out there. Not easy to move out there.