What next for Serena Williams as she loses in the first round of Wimbledon? 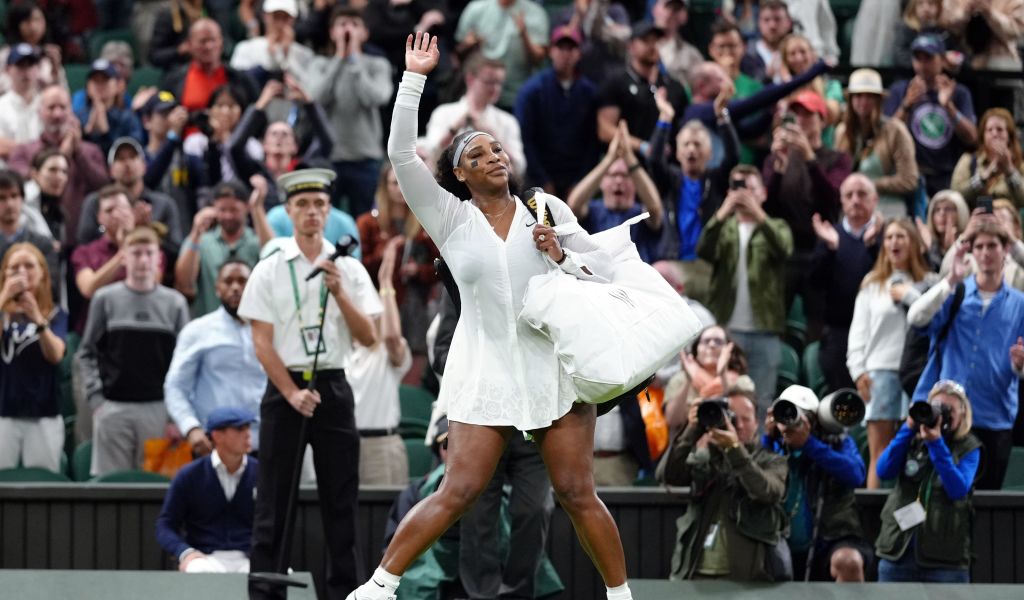 Serena Williams is facing fresh questions over her future in tennis after her much-hyped comeback ended with a thrilling first round defeat against Frenchwoman Harmony Tan in a late-night Centre Court thriller.

Stepping out on court to play singles for the first time since leaving Centre Court prematurely and in tears after suffering a hamstring injury in the opening round 12 months ago, Williams was rusty and error-prone.

The will remained and, cheered on by a supportive crowd, she looked like she might stumble over the finish line after coming from a set down and then saving a match point in the 12th game of the decider.

But instead Williams suffered just her third first-round loss at a grand slam, going down 7-5 1-6 7-6 (7) in a deciding tie-break at 10.35pm after three hours and 10 minutes in what could well be her Wimbledon farewell.

Tan, a 24-year-old debutante ranked 115, is the type of player Williams used to beat before even stepping on court but no one, including probably the 40-year-old herself, knew what to expect here.

Williams was rusty in the extreme in the first two games, her footwork leaden and her ball-striking wayward, but she gradually began to find some rhythm.

The American was particularly vocal, shrieking at every winner and error, and it worked as she moved into a 4-2 lead.

But the main question mark was always going to be around Williams’ fitness and she was puffing hard as Tan eventually broke back after a long service game.

The Frenchwoman could not hope to match her opponent for power but had considerable success with deft drop shots and lobs and looked to be enjoying herself as she moved into a 6-5 lead.

Williams had a chance to draw level and force a tie-break but looked anxious and was unable to convert as Tan moved ahead.

With darkness closing in, a brief pause for the roof to be closed worked in Williams’ favour. She cut out some of the errors, and the shrieking, and set about retrieving the deficit, breaking Tan in the second game of the set after a remarkable run of 12 deuces.

When Williams, who won the last of her seven singles titles here in 2016, moved 3-1 ahead in the deciding set, it appeared the hard part was behind her.

But two doubles matches in Eastbourne last week were scant preparation for a return to grand slam singles and things became complicated once again.

Williams began to show her emotions once more, leaping to celebrate the good moments and waving her arms in despair at the bad.

She slid deeper into trouble after failing to serve out the match at 5-4 but put away a drive volley to save a match point at 5-6 and force a deciding first-to-10-points tie-break.

Williams moved into a 4-0 lead but, on the stage where she has triumphed on so many occasions, this time there was not to be a happy ending.

Now there will be doubts over whether the 40-year-old will continue in the sport, despite what was an impressive performance after a year away from the tennis.