Serena Williams: Nothing I could do to stop brilliant Simona Halep in Wimbledon final 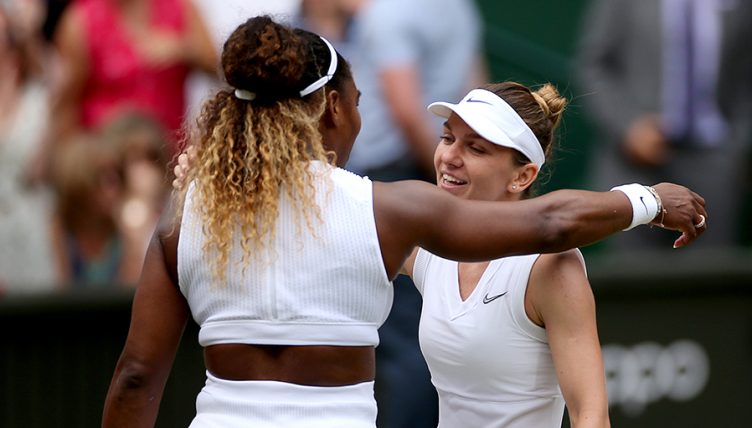 Serena Williams admitted she could do nothing but congratulate Simona Halep after the Romanian dominated her in the Wimbledon final.

Williams was bidding for a record-equaling 24th Grand Slam title on Centre Court, but found Halep simply too good for her.

Halep later said she thought it was her best ever performance, and Williams agreed that she was simply beaten by a better player on the day.

“She literally played out of her mind,” Williams said of Halep following her 2-6, 2-6 defeat.

“When a player plays that amazing then you have to take your hat off and say well done.

“I’ve got to keep trying, keep fighting and enjoying the sport.

“I love coming out here and playing in front of you guys. It’s always fun.

“My team is amazing. Thanks for the support and I love you all.”

BBC Sport analyst and Wimbledon legend John McEnroe was also full of praise for Halep, saying it was rare to see Williams so comprehensively out-gunned.

“I’m shocked,” McEnroe said.”She obviously is a tremendous and, at this stage in her career, the superior athlete.

“But I didn’t think it would intimidate Serena Williams as much as it did today.

“Serena seemed somewhat shocked, and I didn’t think that would be the case with the experience she has.

“Halep completely and thoroughly outplayed her. It wasn’t even a match.”