Serena Williams still ‘trying to find her bearings’ on grass 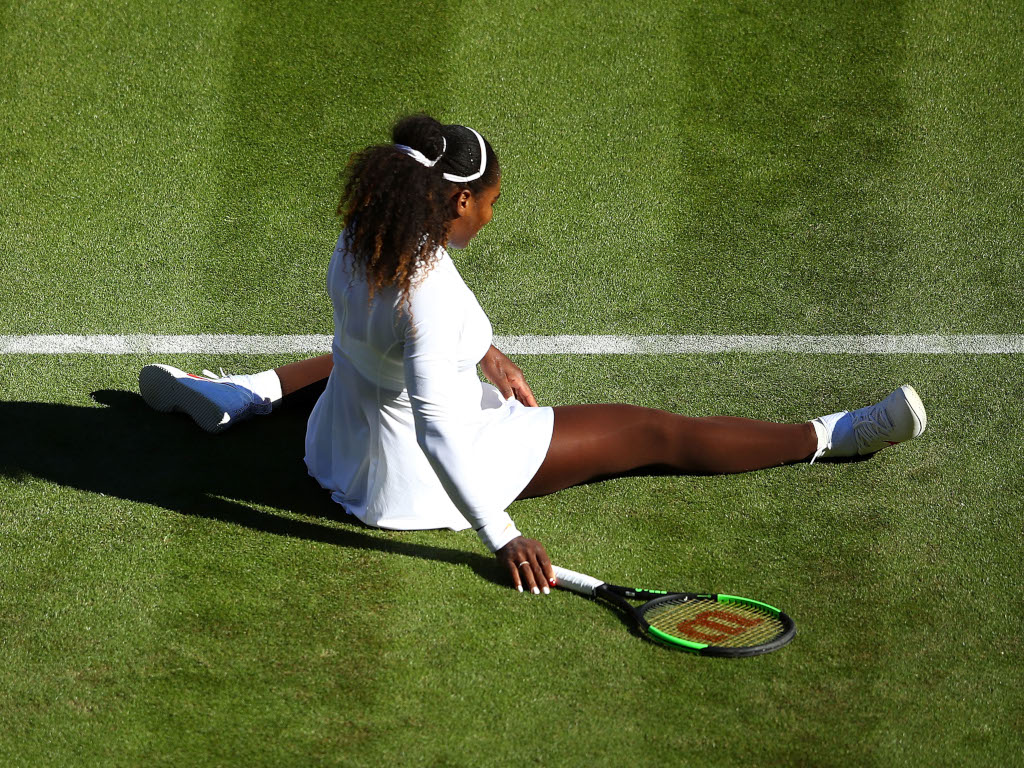 Serena Williams made a winning return to Wimbledon, but she admits she is still trying to find her feet on grass again.

Before Monday’s opening-round win over Arantxa Rus, the American last played – and won – at SW19 in 2016 when she beat Angelique Kerber to win her seventh title at the All England Club.

Having been out of action for more than a year due to maternity leave, her match against Rus was also her first on grass in two years.

“It’s a great feeling. It’s been a couple of years since I played on grass. It’s definitely different, so I’m trying to find my bearings out there,” she said.

The 23-time Grand Slam winner beat the Dutchwoman 7-5, 6-3 in one hour and 28 minutes and also had to battle the elements as the wind was quite strong.

However, as always, she backs herself to win.

“In the moment you want to do so well, you want to win. I have such high expectations of myself. I expect to go out there. I expected to win this match. I don’t go out there expecting to do well, see what happens.

“That’s just not me: not only do I expect to win, I expect to win emphatically. Sometimes, I put too much pressure on myself, I’m overanxious. It’s really just about learning that balance for me still.”