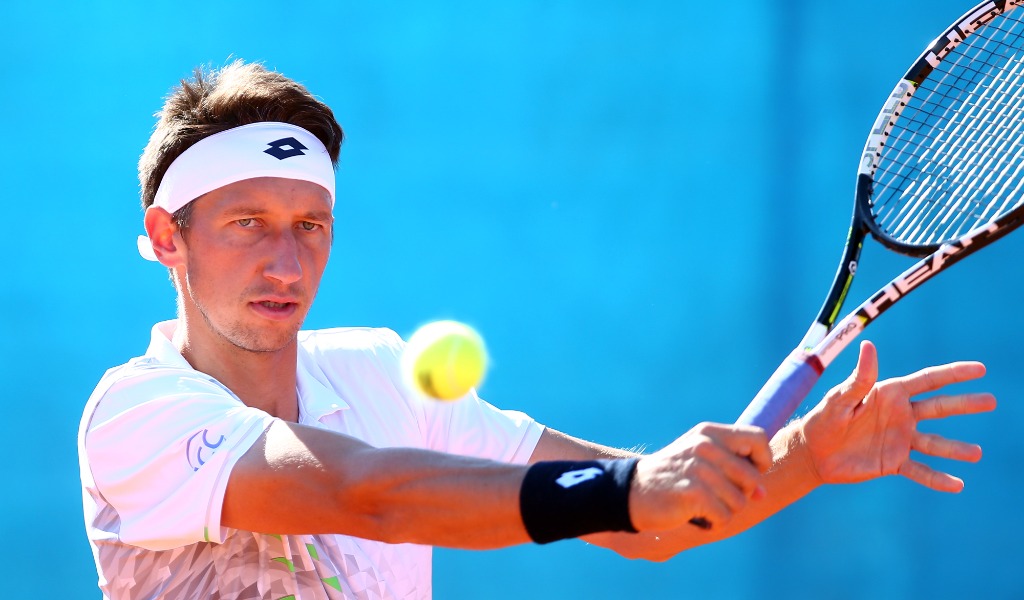 Sergiy Stakhovsky left his family in Hungary back in March to go and fight on the frontline in Ukraine, swapping a tennis racket for a gun, and now he’s laid into the ATP’s decision to strip Wimbledon of it’s ranking points after it banned Russian and Belarussian players from taking part in the tournament.

When it was announced Wimbledon wasn’t going to let players from these countries from playing in the competition, the ATP said at the time that they didn’t support the decision and the tournament could face sanctions.

Now these sanctions have been put in place and Stakhovsky is greatly disappointed and has suggested that the tennis association is standing on the side of “invaders and murderers.”

To say that I am disappointed in @atptour would be understatement.. Never would expect that anyone can stand on the side of invaders and murderers… but it seems to me that even my fellow players feel sorry for invaders and collaborants from rus/blr..1/2

“To say that I am disappointed in @ATPTour would be understatement,” the former world No 31 wrote on his Twitter account.

“Never would expect that anyone can stand on the side of invaders and murderers, but it seems to me that even my fellow players feel sorry for invaders and collaborators from Russia and Belarus.

“Players which in 85 days were not able to produce any clear message of condemnation of invasion into Ukraine. Shameful day in tennis.”

The ATP released a statement following their decision to strip Wimbledon of any ranking points, saying that they didn’t want to discriminate players based on their nationality.

“The ability for players of any nationality to enter tournaments based on merit and without discrimination, is fundamental to our Tour. The decision by Wimbledon to ban Russian and Belarussian players from competing in the UK this summer undermines this principle and the integrity of the ATP ranking system,” the statement said.

“It is also inconsistent with our rankings agreement. Absent a change in circumstances, it is with great regret and reluctance that we see no option but to remove ATP ranking points from Wimbledon for 2022.

“Our rules and agreements exist in order to protect the rights of players as a whole. Unilateral decisions of this nature, if unaddressed, set a damaging precedent for the rest of the Tour – discrimination by individual tournaments is simply not viable on a tour that operates in more than 30 countries.”

Wimbledon is set to get underway from June 27.