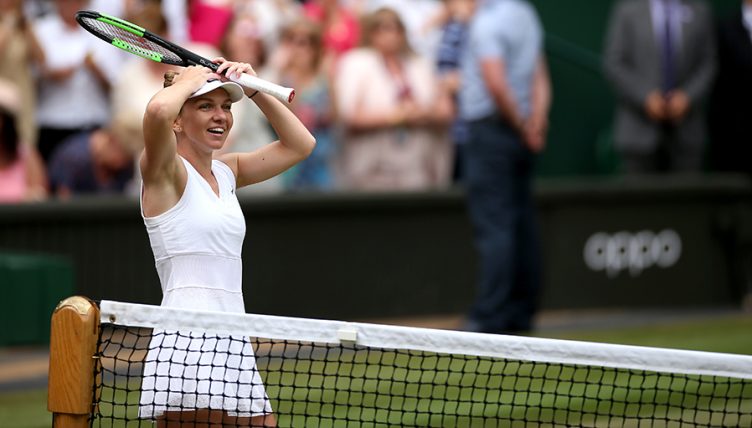 Simona Halep believes she saved her very best ever performance for Centre Court after she dominated Serena Williams to win the Wimbledon title.

Halep gave up just four games against the 23-time Grand Slam champion, relentlessly bombarding her win winners from all over the court in a stunning exhibition of tennis.

And, speaking on court after the match, Halep was adamant she had never played better.

“Never [have I played better],” she told the BBC. “It was my best match.

“Serena has always inspired us so thanks for that. it was the first time in front of the Royal Box.

“I had nerves! My stomach was not very well before I came out on court. But I just concentrated on doing my best.

“It was my mum’s dream. she said when I was 10 that if I want to do something in tennis it is to play in the Wimbledon final.

“I told people in the locker room that if I win I will get membership for life, it was one of the motivations for me.

“I have changed my game a bit to win more matches on the grass and this year I felt more that I could do more with the ball and I cannot wait to get back next year.”