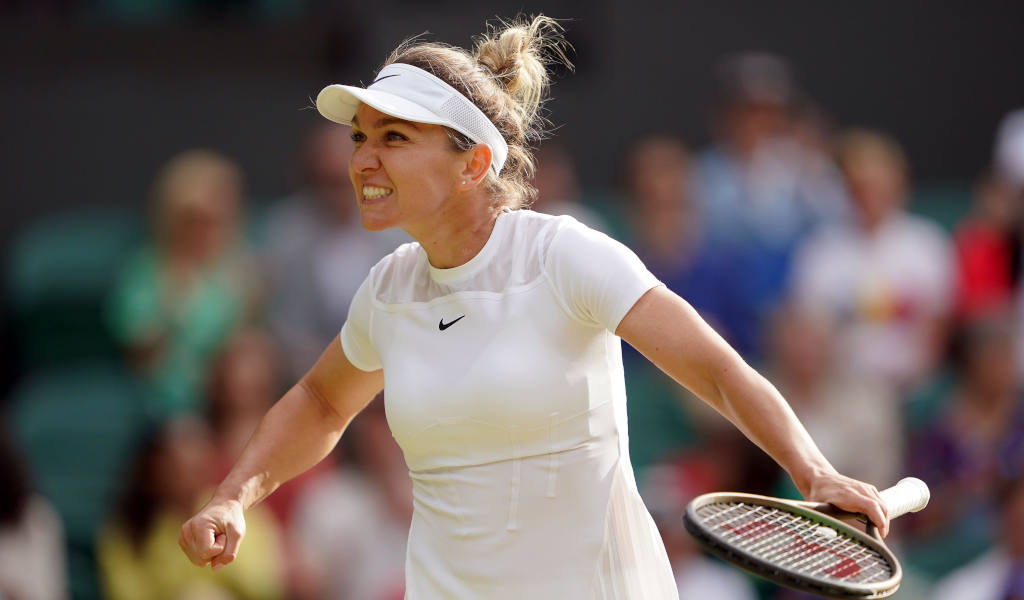 Her comeback hasn’t been all sunshine and rainbows, but Simona Halep is a better player than she ever was according to Mats Wilander.

Halep reached the Australian Open final in 2018, won at Roland Garros that year and then added a Wimbledon triumph the following year.

Then it all came crashing down, and Halep considered retirement.

Returning to a game that had moved on and crowned its new stars, Halep steadily built time on court and started working with Patrick Mouratoglou.

Together they have come up with a new game for Halep, one that is more aggressive and Wilander believes it could bag her a few more Grand Slams in the coming years.

Halep herself was relieved to get past Amanda Anisimova and into the Wimbledon last four.

“It is great to be back in the semi-finals,” Halep said after holding off a late Anisimova rally to reach the last four.

“I am very emotional right now – it means a lot. I played a tough opponent today, she can crush the ball and I didn’t know what to do. But I believed in myself, and I had to stay there strong on my legs – they helped me today.

“I struggled a lot last year and I am just trying to build my confidence back. I am starting to do that and it is good. The crowd gives me a lot of energy.”

Wilander also believes that experience gives Halep an edge over other players who are currently doing well on tour.

“She [Halep] looked a little bit tight at the end as Amanda Anisimova started hitting the ball better,” Wilander noted on Eurosport’s broadcast. “Coming back from 0-40, 4-5 and holding, what a great effort from Simona.

“That is why it was so interesting in the on-court interview when she said ‘I needed my legs’ because her arm was probably a little bit tight. She relied on her legs, which is very smart, and very experienced because everyone gets nervous in their arms sometimes but legs are the greatest tool when you get nervous.

“She is a lot better player now [compared to when she won Wimbledon in 2019], but it doesn’t always mean you get the results often. I think she is more complete, serves better and is willing to go forwards a little bit. She threatens to take the ball early and she forces the opponent to go for too much.”